Fashion influencers in Chicago spotlight street style with grace and have captured the attention of fans around the world. 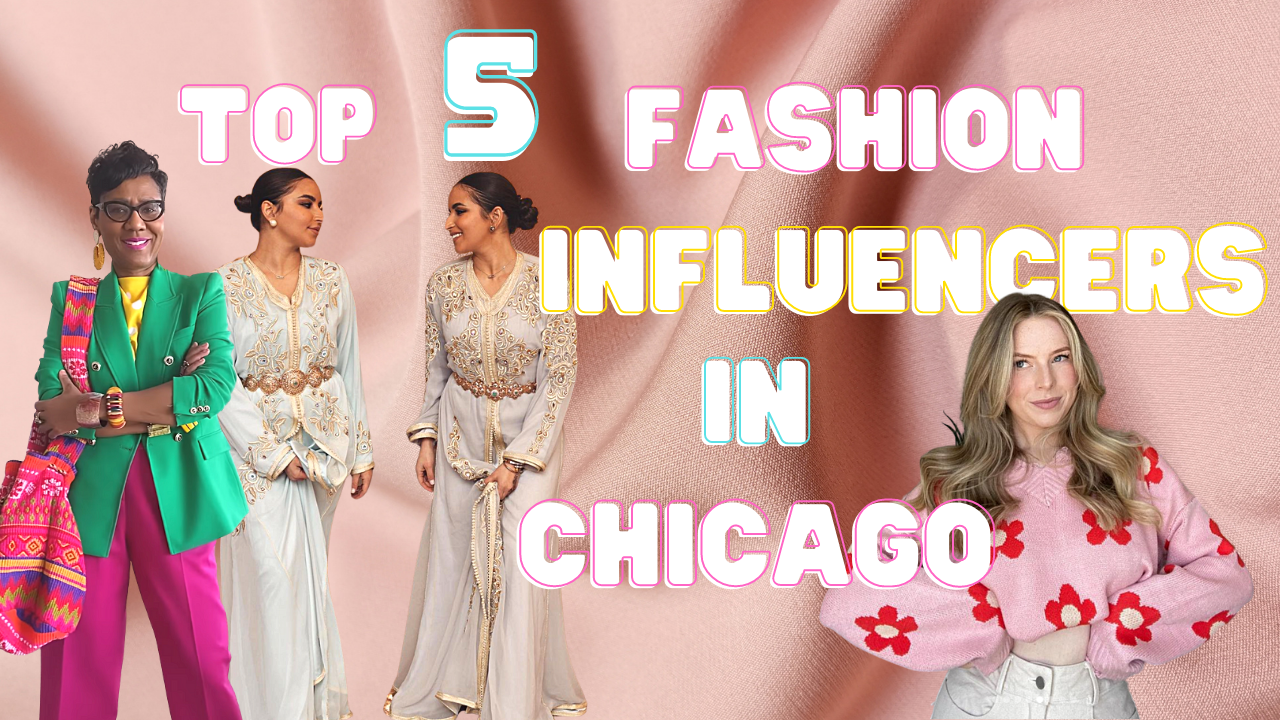 Fashion is what you buy; style is what you create. That’s according to BRENDA, one of our choices for the top 5 fashion influencers in Chicago.

Clothing is a must for most of us. For those who relish in the beauty of their outward appearance, style inspiration is also a must. Thankfully, social media have created a bustling digital space for style innovation and revival.

Below, we’ve listed a diverse group of fashion influencers in Chicago who you should follow right now. These ladies spotlight Chicago street style with grace and have captured the attention of fans around the world.

Who cares about fashion?

The global apparel industry was estimated to be worth around $1.5 trillion dollars in 2021, and that number is only expected to increase. With so much money floating around, influencer marketing is sweeping the world of fashion.

For example, recent statistics show that Nike was the most valuable apparel company in the world in 2021, valued at around $83 billion, and the shoe company is known to work with influencers on a regular basis.

Want to work with influencers in your industry? Read more on how influencer marketing is sweeping the world here.

Chicago has long been fertile ground for fashion trends and icons. Today’s trends are not only influenced by the Fashion Week shows in New York and Milan. Influencers are at the frontlines of some of the hottest fashion trends.

Influencers with millions of followers will always be enticing. That said, never underestimate accounts with just a few thousand loyal subscribers. These influencers tend to be more trusted by their followers and can be better at driving people to action.

The power of micro and nano influencers is underrated yet potent. Check out the stats here.

A post shared by The Original Best Friend Blog (@onceuponadollhouse)

Caitlin Campbell and Dani Sommerfeld (@onceuponadollhouse) are two best friends, co-bloggers, and fashion influencers in Chicago. Their brand Once Upon A Dollhouse is a lifestyle editorial focused on friendship, fashion, and fun adventures. With more than 154K followers as of May 2022, these ladies have created a whimsical digital lookbook with their Instagram.

Their Instagram account has seen consistent growth in the last few months, and their reach extends beyond the worlds of fashion and beauty. About 46% of their audience is based in the United States, with the majority scattered across North and South America. Most of their followers are English-speaking, but just over 30% speak Spanish.

More than 75% of their audience is female, with 31.8% between the ages of 18 and 24, and the next-largest age range is from 25 to 34. Compared to similar accounts, these ladies have a higher-than-average engagement rate of 3.36%.

Assia and Soumaya Bayoud (@bayoud_twins) are Moroccan-American twins, models, and fashion influencers in Chicago whose account blends style and culture seamlessly. By providing a snapshot of their travel and daily lives, while showcasing their well-coordinated outfits, the sisters have attracted more than 54k followers on Instagram, plus more than 5k on YouTube.

Although the majority of their followers speak English (about 47%) and their Instagram content is primarily in English, more than 31% speak Arabic, which is the language they use primarily on YouTube. Their engagement rate is significantly higher than comparable accounts, at 4.84%.

BRENDA (@thechiccitygirl), who just goes by her first name, is a content creator who has been blogging since 2016. She is also a fashion influencer in Chicago whose Instagram account has over 45K followers. Her helpful styling tips, colorfully eccentric outfits, and confident personality make her page sparkle a bit brighter than most.

Compared to similar accounts, BRENDA’s engagement rate is relatively high at 3.75%. Her account has seen steady growth from month to month, with a steep incline beginning earlier this year. As the oldest influencer on this list, and one of the only Black Instagram influencers in the top trending accounts, she has a unique seat at the table.

We couldn’t list the top fashion influencers in Chicago without at least mentioning this mother and daughter duo. Only 1 by Kaylei (@only1kaylei) is an Instagram account focused on toddler-age model Kaylei. Under the guidance of Kaylei’s mom, one of many active mom Influencers on Instagram, Kaylei’s account focuses on kids’ fashion.

Using fun reels and poised photos, Kaylei and her mom have earned more than 17k followers and countless brand partnerships. They also have an above-average engagement rate of 4.84%, and their account has been steadily gaining popularity in the last few months.

Their audience is truly global, with followers in almost every continent. The majority of their audience, however, is based in the UK (about 31%) and the US (just under 30%), and more than 86% speak English. About 60% of their followers are female and 39.9% are male. The majority are between the ages of 25 and 34, the next-highest age demographic being 18- to 24-year-olds.

Alley Clark (@alleyclarkk), is a Chicago-based influencer and promoter of casual fashion. A refreshing departure from the highly glamorous yet impractical couture of runways, Alley’s page highlights the beauty of neutral tones and comfortable cuts.

More than 15K followers tune in to her page for “everyday” style tips and inspiration. Her engagement rate is well above average, just over 8%, and is the highest of anyone on our list of fashion influencers in Chicago. The majority of her followers are female, more than 93%.

Blog and graphic by Kayla Beard