The top fitness influencers on TikTok are diversifying and expanding the fitness world online -- sharing how they stay active. 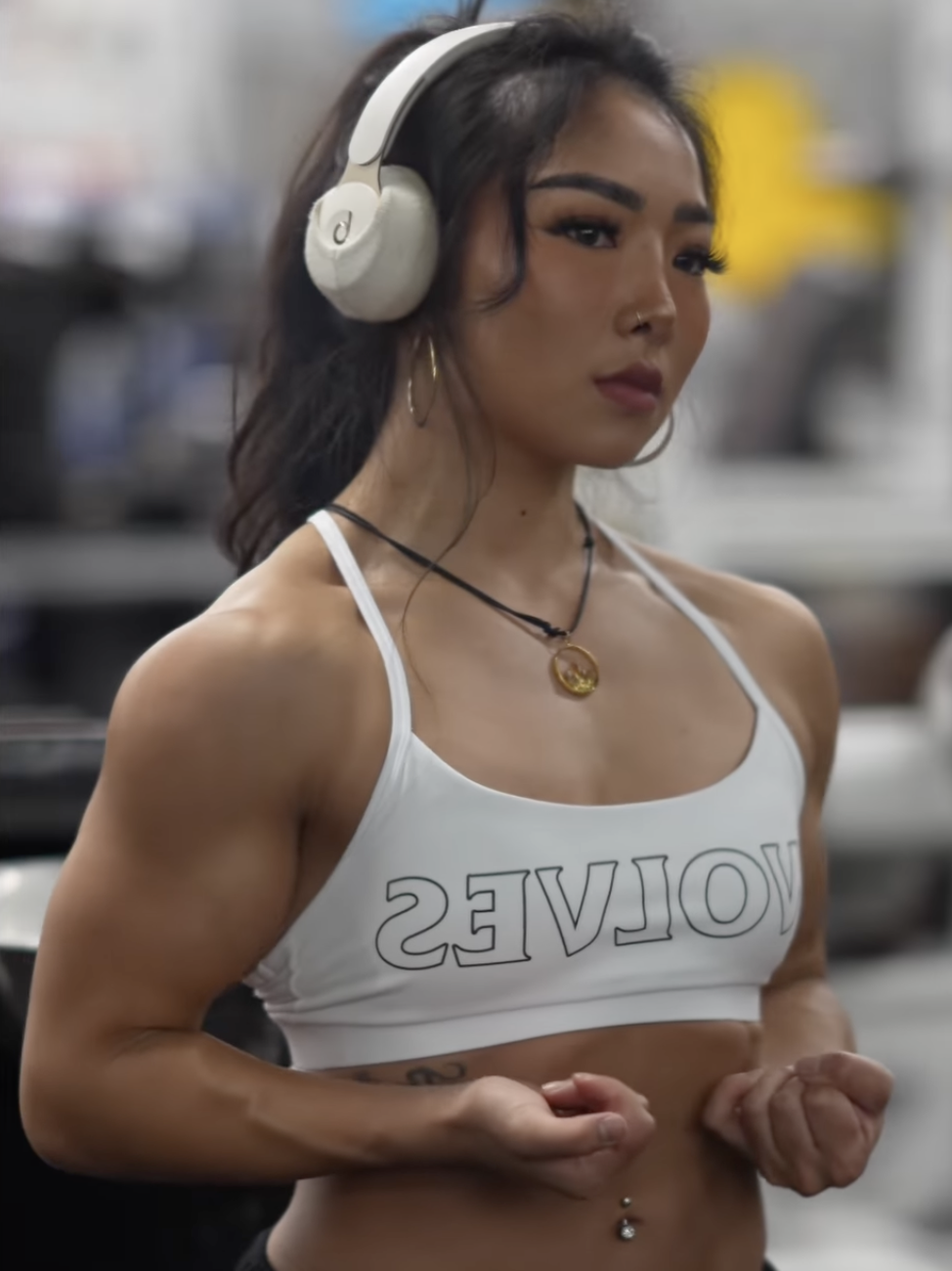 Have you started your New Year's resolution list yet? If hitting the gym and focusing on your overall health is one of your 2023 goals, then now is the perfect time to start looking for motivation. One great place to find some fitness motivation is on TikTok where fitness and lifestyle influencers are plentiful. Check out our list of fitness influencers on TikTok to help get your head in the game!

Vinny Cole is one of the many fitness influencers on TikTok with a significant influence on the fitness community on Instagram too. Reigning in Houston, Texas, Cole’s content mostly consists of weightlifting tips, routines, and highlights, but Cole also posts funny skits that everyone in his community can laugh at. Cole effortlessly connects with diehard weightlifters and hobbyist fitness enjoyers with his funny humor and trendy clips.

Cole’s most popular TikTok clip blends both his humor and love for working out. The clip features Cole walking into his bathroom, pretending to bump his wide figure in the doorway, with the text: “Nobody: Me pooping after leg day:” at the top of the frame. Before Cole sits down, he quickly does a prayer and convulses as he tries to bring his rear to the toilet after an exhausting (and painful) leg day. The post was uploaded on August 14th, 2021, and the post received 1.9M likes, 64.9k shares, and nearly 11k comments.

Love video games? Check out our list of gaming TikTok accounts that you’ve gotta check out.

Next on our fitness influencers on TikTok list is Cassey Ho, a Chinese-Vietnamese-American fitness trainer. Ho is the CEO and Head Designer of Popflex and Blogilate brands as well as the founder of the blog Blogilates. On the side, Ho also instructs on her Instagram and YouTube. Ho uploads a wide variety of content like fitness tips and tricks, fashion trends, funny skits, sketch designs, and even food recipes.

Ho went viral on TikTok for her innovative gym legging design that immediately sold out. Ho’s leggings were seamless and didn’t pinch or compress the wearer’s body; they also included large pockets and a comfortable hourglass waistband. Although Ho considered them to be “the perfect legging,” she took users’ suggestions to heart and redesigned the leggings to accommodate different body types. Her TikTok received almost 5 million likes, 20.7k shares, and 38.1k comments.

Ho has about 3.4 million followers and a stellar 3.34% engagement rate considering most large influencers have 1% average rates. Most influencers of her size have a much lower engagement Her audience is comprised of mostly women (90.68%). A majority of her fans live in the United States (46.07%), Britain (5.17%), and the Philippines (4.71%), while 81.03% of them speak English.

@blogilates Is this it? Did I do it?? @popflexactive #leggings ♬ Blade Runner 2049 - Synthwave Goose

Without a doubt, Ru’s commitment to weightlifting puts grants her a spot on the fitness influencers on TikTok list. Ru is a 56kg (124lb) international elite powerlifter who has partnered with brands like Darcsport, CELSIUS Energy, Legion, and Village Hidden in Iron, according to her Instagram bio. Ru used her passion for weightlifting to help overcome her eating disorder and inspire others to care for themselves physically and mentally. Ru uploads fitness videos from weightlifting to cardio, but she also occasionally posts transformation videos of her when she struggled most with ED.

Ru’s follower count has been a consistent 2.4 million since August, but her average views, likes, and comments have been increasing. She also has an impressive 2.82% engagement rate. Although her audience is majority female, the remaining 46.44% of them are male. Nearly 50% of her audience lives in America, but she also has a small following in Indonesia (7.74%) and the Philippines (6.32%). The three most spoken languages among her audience are English (67.51%), Spanish (7.57%), and Indonesian (7.26%).

James Tollefson is a professional fitness coach that offers courses to those trying to get fit. Tollefson has a culmination of content on his TikTok: funny skits, specialized workout clips for toning and muscle building, and, occasionally, diet videos. Tollefson’s TikTok includes both beginner and advanced routines for his audience, and this makes him a perfect fit for our top fitness influencers on TikTok list.

@jamestollefson Do you want this? #fitness ♬ Deck the Halls - Christmas Songs

Want to travel but don’t know where to go? Check out these top travel influencers on TikTok to start planning your dream vacation.

Our fitness influencers on TikTok list would feel incomplete without Steve Prince’s bodybuilding regime. Prince is a bodybuilder partnered with Youngla, RYSE Supplements, and Helimix. Prince also runs his own fitness website where fans can purchase his clothing and workout plans. Prince mostly posts workout videos, but he also likes to upload funny skits from time to time.

Prince’s most popular TikTok was uploaded over two years ago. The clip is only seven seconds, but it features Prince catching a football with one hand and flexing his muscular build. Most of his comments are from users calling Prince’s clip a “thirst trap” that worked while others have fallen head over heels for Prince. The TikTok received 915k likes, 13.8k comments, and 43.4k shares.

Hungry? Check out some awesome food Instagram accounts in this Tensor blog.