Food influencers in Los Angeles can find all of the trendy, affordable, and varied cuisine the huge city has to offer. 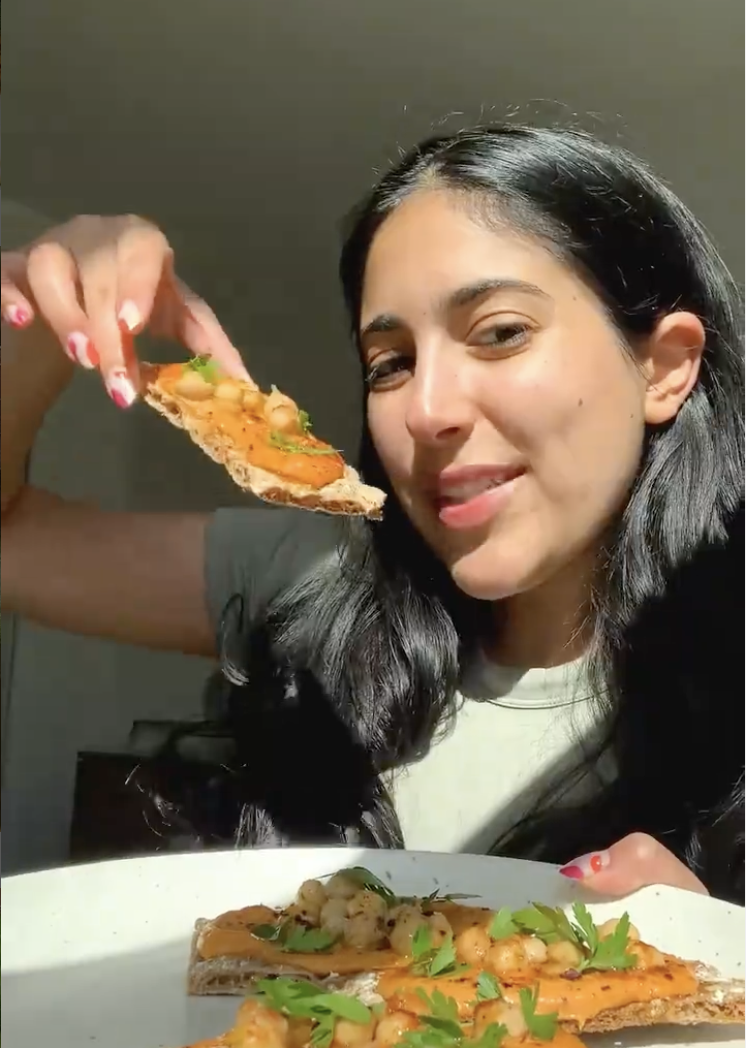 Nom Life is a food blog dedicated to the food scenes of Los Angeles and New York City. While the couple started their career in New York City exploring the many different cuisines the big apple had to offer, they recently moved and have been exploring as food influencers in Los Angeles since their arrival.

The food blog, which currently has two accounts on Instagram and TikTok, is run by Ewa and Jeromy. Ewa and Jeromy are both children from first-generation families that immigrated to the United States from Taiwan and Hong Kong. Much of their content is dedicated to finding the taste of home they grew up with in the streets of some of the world’s biggest cities, like Los Angeles.

Their passion lies in highlighting the talents of the underdogs, such as small businesses, restaurants, and local bars. In other words, they are motivated by empowering communities that are overwhelmingly run by immigrants.

You could say Bill Esparza is one of the OG food bloggers before food blogging really blew up all over social media. For this reason, he is someone that the foodies of LA heavily rely on for his fantastic recommendations and reviews.

Aside from being a food influencer in Los Angeles, Esparza is also a talented musician and writer who has traveled throughout Latin America exploring various cuisines and familiarizing himself with ingredients indigenous to South America, Mexico, Central America, and the Caribbean.

According to the influencer, his love for food stems from the time spent watching his grandmother cook Mexican food and visiting his family’s hometown of Aguascalientes, Mexico, where he had his first experiences with street food, very similar to the street food that can be found in Los Angeles. If you’re looking for a well-studied individual with first-hand experience shopping and eating in the markets of Los Angeles, Mexico, Central America, the Caribbean, and South America, Esparza is your guy.

Esparza has accumulated 34.1K followers, 375 average likes, 5.4K views, 16 average comments, and an engagement rate of 1.10%. His followers are pretty balanced in the sense that basically half are female and half are male, and most are between the ages of 25 and 34.

Lindsey Baruch is an LA-based food influencer that I came across when I was looking for easy recipes on my Instagram explore page. She is the photographer, recipe developer, writer, and cook behind her well-known food blog Lindsey Eats. Her website focuses on her recipes and her love for travel & lifestyle.

As she told Locale Magazine, some of her recommendations in LA include: “Salt’s Cure or Odys + Penelope. At Salt’s Cure, I love to keep it simple and get the breakfast plate with their amazing oatmeal pancakes. At Odys, it’s a great ambiance and the food is really tasty. Both are my staples!”

As for her guilty pleasures/weird food combos, Lindsey shared with the magazine that she sometimes takes BBQ Pringles, mashes them into small pieces, and mixes them with Tabasco and Salsa Brava. She then adds roasted sesame seeds and cracked black pepper and enjoys it! All in all, Lindsey is your girl if you’re looking to take a wholesome food tour of LA via an aesthetic Instagram page.

Check out the vegan side of food Instagram with these top influencers.

Stacey was born and raised in Los Angeles, which is how her love for food and all things gastronomy was born. Although she was always interested in restaurants, cooking, and eating while traveling, her career actually started in marketing. It was during this time that she decided to delve into her true passion and went to culinary school, graduating from The New School of Cooking in Culver City.

Since then, she has become a famous food influencer in Los Angeles and a go-to source for eating in LA. She oversees the dineL.A. and shopL.A. programs for L.A. Tourism. Additionally, Sun keeps her own lifestyle blog, which touches on all things food, travel, and fun things to do in Los Angeles.

In an interview with the LA Times, she told them, “Food is very much ingrained in Chinese culture. My parents would obsess over things like -- what restaurant makes the best roast duck -- and now I do!” It's how she came to have such a great relationship with food and why she decided to pursue it as a career:

Sun dedicates her time to highlighting all the beautiful people of Los Angeles and the delicious food they cook. If you’re looking for someone who appreciates the roots of Los Angeles, Sun is the perfect food influencer for you.

Eddie Sanchez is an LA-based food blogger for all things gastronomy. As someone who has lived in LA all his life, Sanchez decided to make his passion for food his career and founded Hungry in LA, a creative platform where he shares his love for food, travel, and photography. He is well known by locals and tourists alike for documenting the best places to eat and for creating his own recipes as well, which he loves to share with his friends, colleagues, and family.

Interestingly enough, he started documenting what he was eating way before Instagram even existed. Sanchez started off with a food blog where he posted recipes, reviews, and beginner-level photos. It wasn’t until Instagram became a social media sensation that he decided to invest in himself and start taking good photography more seriously.

In an interview with LA Mag, he shares the following top tips for food photographers that might just be starting out on how to improve their feeds:

3. Edit photos before posting them.

As one of the well-known food influencers in Los Angeles, Sanchez has 104.1K followers on Instagram, 684 average likes, and an engagement rate of 0.66%. His estimated reach on stories is 6.3K and his estimated impressions are at 7.3K. This can be attributed to the fact that as one of the top LA-based food influencers he is very active on social media, posting on average three stories a day, most of which are food pictures, posts of recipes he has developed, restaurant reviews, and personal life updates.