These foodie influencers on TikTok are making nutritious, adventurous food accessible and entertaining, and winning awards at the 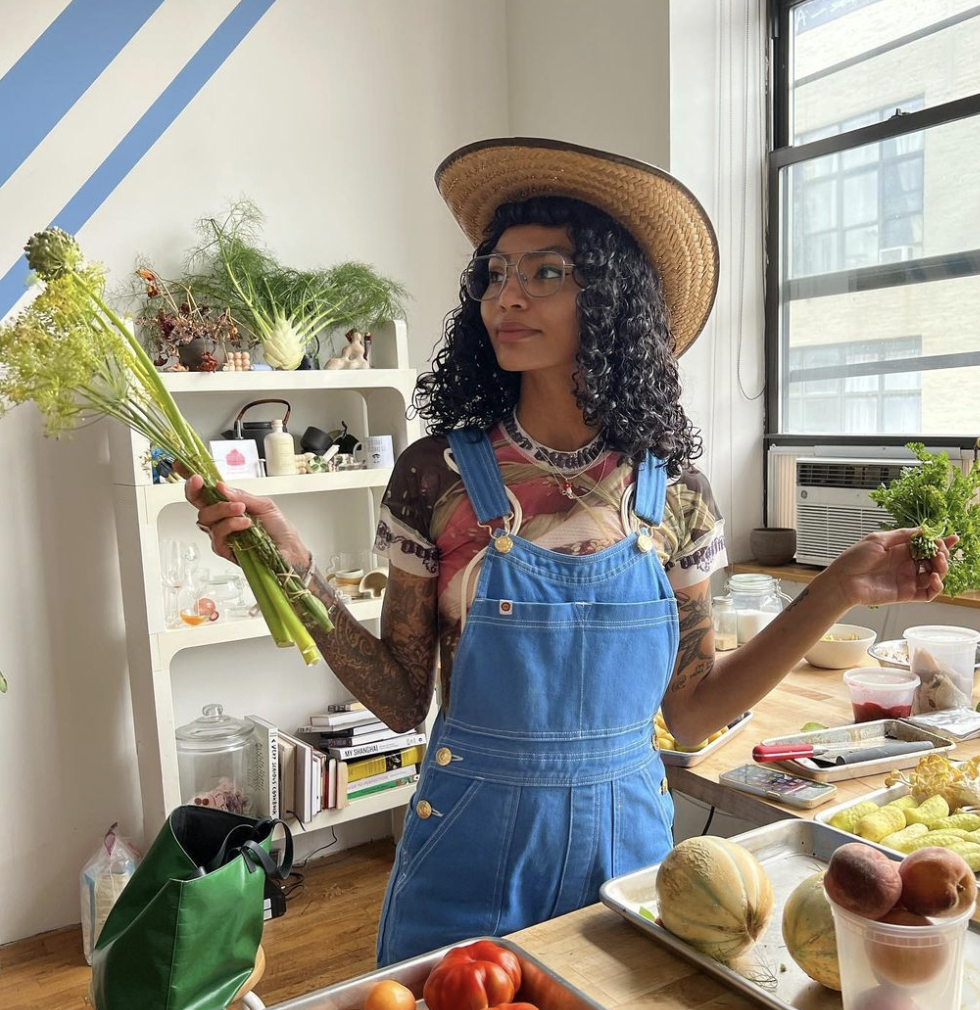 These foodie influencers on TikTok are making nutritious, adventurous food accessible and entertaining, and winning awards at the same time.

Doiron is one of my favorite foodie influencers on TikTok to follow if I’m in the mood to learn how to make something yummy but also to learn some important life lessons.

She is the founder, recipe developer, and food stylist behind the viral social media accounts @Justine_Snacks on Instagram, Pinterest, TikTok, and YouTube. Her interest in cooking and food developed while she was attending Cornell’s School of Hospitality, where she obtained an overarching education in hospitality, tourism, food, and beverage.

Although her career began in hospitality publicity and led her to work for companies like ABC News and Discovery Networks, in 2020 she decided to take matters into her own hands by beginning to upload her own recipes online.

Today she has become a star on TikTok known for her plant-forward cooking, as well as a vast knowledge of seasonal and simple ingredients. Her followers, including myself, admire her for taking something as mundane as cooking and making it feel luxurious. As previously mentioned, her account is also a source of emotional insight for many as they follow along listening to her personal stories and wise messages.

Since she began, she has been featured on The Today Show, Good Morning America, The Rachael Ray Show, PopSugar, Well+Good, and Buzzfeed, among many other well-known media outlets. According to her TikTok, Justine currently resides in Brooklyn with her partner Eric and her dog Walter.

Justine has accumulated 1.8 million followers, 123.1K average likes, 1 million views, 388 average comments, and an engagement rate of 6.84%. Her followers are mostly women, and over half of her total followers are between the ages of 18-24.

She is co-host of The Good Dish, a daytime cooking and lifestyle talk show airing daily nationwide, and is also the newest judge to join the cast of Master Chef Junior which premiered on March 17, 2022. Prior to this, however, Oz co-hosted ABC’s The Chew.

Furthermore, she recently published 150 recipes in her cookbook titled Eat Your Heart Out: All-Fun, No-Fuss Food to Celebrate Eating Clean. In the book, she delves into how she reset her body post-pregnancy by doing 5-days on and 2-days off of healthy habits that were not only helping her lose weight but were also helping her mental health.

Additionally, she has appeared as a guest on shows like The Today Show, Good Morning America, The Rachael Ray Show, and Fox & Friends, and she has been featured in the New York Times, Wall Street Journal, Washington Post, Reader’s Digest, Glamour, Teen Vogue, Seventeen, Cosmopolitan, People, and US Weekly, to name just a few.

Carolina Gelen may have come across your TikTok page a couple of times, that is if you haven’t already seen her on social media platforms, TV,  Food52, or in action freelancing at NYTCooking. She is originally from Transylvania, Romania and immigrated to the US in 2021 to pursue her passion for cooking. As someone who has worked in five-star restaurants and casual cafés, she has gained a plethora of experiences and skills that contribute to the way she develops recipes today.

According to her blog, she speaks five languages, but her favorite way to communicate is through the universal language of food. As someone that did not grow up with the same privileges that many of us are afforded here in the States, she has become a crafty individual who not only makes magic out of whatever is in her pantry but also dedicates herself to sharing recipes that are affordable/accessible to her followers.

In an interview with the Pineapple Collaborative, she discussed how she finds inspiration in the kitchen: “By walking out of the kitchen! Every time I feel burnt out or stuck in a rut, a short trip to a thrift store, farmers market, park, or grocery store always solves my problem. I recently thrifted this pink ruffled platter and – after not having any ideas for a week – came home and developed three recipes, just because I knew how great they would look on it. Same thing goes for food shopping or taking a walk: I remember seeing this unique flower in a park and building a whole dish around the thought of plating the final dish with that flower (it happened to be edible, I checked!)”

Carolina has grown her platform to 332.5K followers, 283.6K average views, 27K likes, 98 comments, and an engagement rate of 7.48%. Like the other foodie influencers on this list, her audience is mostly women between the ages of 18 and 24.

Tabitha Brown is one of the most well-known foodie influencers on TikTok who went viral after people took a liking to the comfort they got out of watching her cook and her words of positivity during the pandemic. She has become popular for dismantling the idea that vegan food is flavorless, more specifically vegan soul food. Her channel focuses on instructional food videos for children, home recipe videos, and funny lifestyle videos.

When it comes to TikTok, Brown has accumulated 4.9 million followers, 36.6K average likes, 207.2K views, 847 average comments, and an engagement rate of 0.75%. Again, she reaches a majority female audience who sits in the Gen Z age range.

Brown first went viral after recording herself reviewing a vegan sandwich from Whole Foods while on her lunch break as an Uber Driver. Today, she is a New York Times #1 Best Seller for her book titled Feeding the Soul (Because It’s My Business): Finding Our Way to Joy, Love, and Freedom, has been dubbed “America’s Mom,” has been cast in the Showtime show Chi, and has been invited on talk shows like The Drew Barrymore Show.

Head to NYC for even more foodie influencers in this blog.

Sophia Roe is one of the most interesting foodie influencers to be following on TikTok at the moment. However, what people fail to notice is that she’s been around way before the app got its start at the beginning of the pandemic. Roe is actually a James Beard Award-winning chef, writer, and Emmy Award-nominated TV host known for her unique perspective on honesty, diversity, and inclusivity in the food industry.

Her passion for food stands out against how little discourse these issues receive not only in the food industry but also in the general public discussion. Roe is committed to challenging food inequality and has always been devastated by the fact that nutritious food is not a luxury that is afforded to everyone.

According to Roe, her goal is to use her creativity to bring on awareness about food justice, build more sustainable and equitable systems, and combat whitewashing in the culinary industry. This interest in examining food systems stems from her own experiences as a woman who entered the restaurant industry at a young age and was struck by the lack of people who looked like her at the forefront of gastronomy.

Since her humble beginnings, she has grown her community beyond social channels like Instagram and YouTube and onto VICE TV, where she produced and hosted a show called Counter Space, and she was consequently nominated two times for a Daytime Emmy, being the first Black woman to be considered for the culinary category.

Additionally, Roe is involved with many philanthropic organizations including the Women’s Prison Association, Edible Schoolyard NYC, and The Fungi Foundation. She has also been featured in Vogue, Bon Appétit, Architectural Digest, Domino, Harper’s Bazaar, Human Shift, Gossamer, Well + Good, Coveteur, and Marie Claire France, and has collaborated with brands like Nike, Target, Uber Eats, Marimekko, Crate & Barrel, Samsung, AVEDA, Thrive Market, and Ralph Lauren, among others. All in all, she is a force to be reckoned with.