Beyond Twitch and YouTube, gaming TikTok accounts now rise to popularity as a second or even primary platform for gamers. 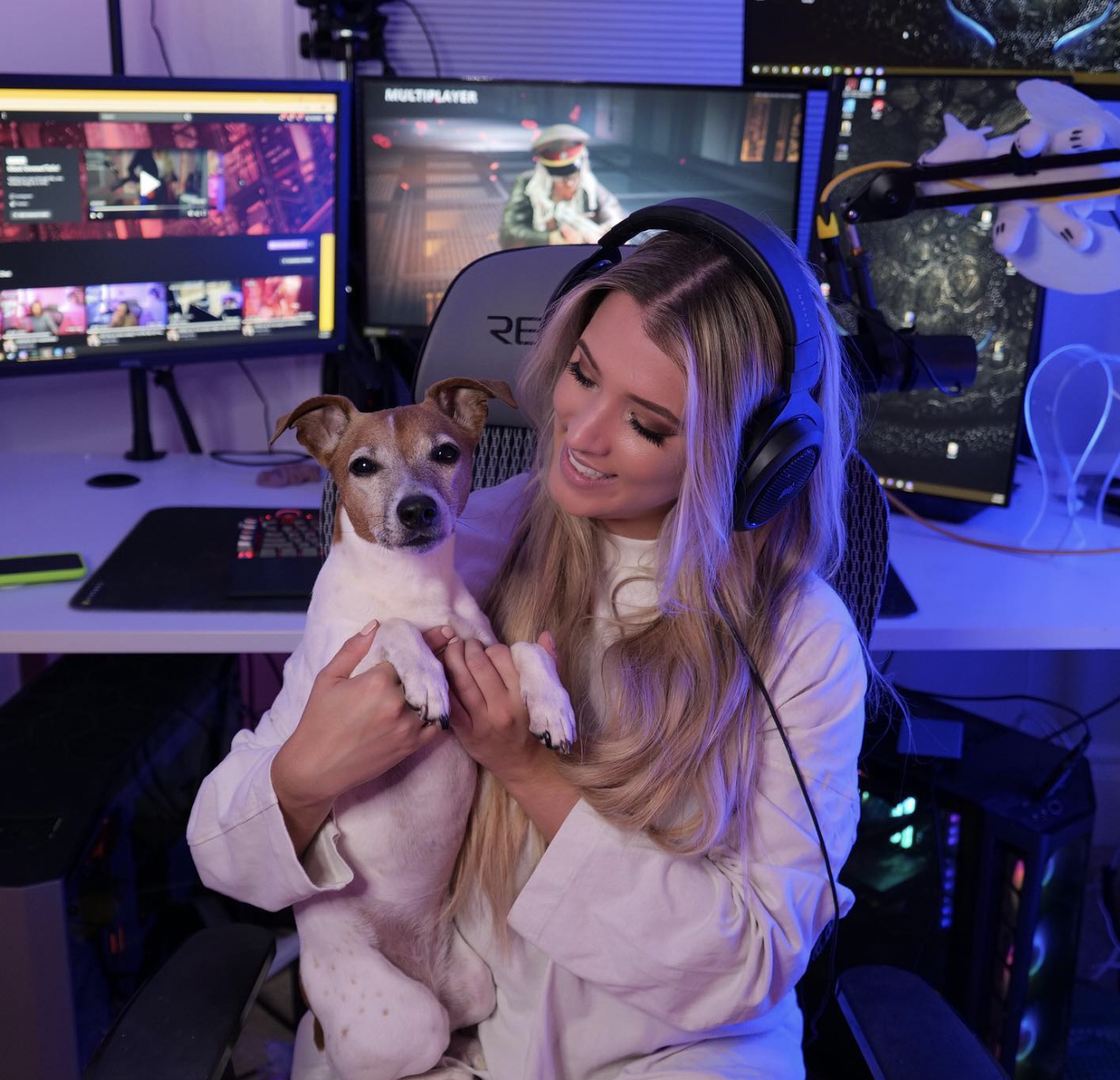 Video games are a prevalent part of the millennial and Gen Z lifestyle, but people of all ages can enjoy watching or playing video games whether it be on a phone, computer, or console. Likewise, TikTok remains a booming social media platform with a diverse variety of content creators. Beyond Twitch and YouTube, gaming TikTok accounts now rise to popularity as a second or even primary platform for gamers.

Amber Wolf is a 21-year-old up-and-coming influencer that prominently plays games like Warzone and Call of Duty. Born in the United States, Wolf became active on TikTok in August 2020. Her videos frequently star Victor, her partner of choice for hectic gaming challenges like trying to achieve 120 kills in Warzone in 10 games.

Wolf’s most popular TikTok video was uploaded on July 29th, 2022. In the clip, Wolf challenges Victor to a Warzone battle; for every kill that Wolf gets, Victor has to call her “mommy” but if Victor gets a kill, Wolf has to call him “daddy.” This odd but hilarious challenge was livestreamed on her Twitch, but the clip itself received over 647k likes and 7.1k comments. While Wolf announces the challenge, highlights of her Warzone gameplay show throughout the clip.

Born in Mexico, ElMariana is next up on our list of gaming TikTok accounts. Known off TikTok as Osvaldo Palacios Flores, Flores is a Spanish-speaking gamer that posts memes and clips of him playing various games like Minecraft, Warzone, Fall Guys, and Among Us just to name a few. Flores often plays with his other friends on Twitch.

Flores’s most popular clip features him discussing his height with another influencer. This video, uploaded on April 8th, 2022, received over 3.2 million likes and 7.3k comments. Flores is also known for his popular YouTube video doing a lie detector test on his girlfriend Lisset Martinez. The video currently has over 6.2 million views and 372k likes.

SweeetTails, also known as Hillary or Tails, is a Twitch streamer that frequently posts clips of her playing various games or talking to her fans on her TikTok. Hillary resides in Texas where she has a routine Twitch streaming schedule. On her Instagram, she typically posts modeling pictures and promotions for her sponsors Corsair, GFuel, GrubHub, and PowerA Gaming.

In Hillary’s most popular TikTok, she calls out a user who criticized her for having 1,300 viewers on a stream. Hillary states that she believes she’s a good content creator and that she doesn’t play Warzone to be the best but rather to have fun and make people laugh. Admittedly, Hillary is spitting facts – you don’t have to be the "best" gamer to deserve publicity, and if she’s having fun, who cares, right? This clip received 1.9 million likes and 30.3k comments.

Next up on our list of top gaming TikTok accounts is Joshdub. Joshua Wanders is an Australian-born YouTuber, TikToker, and gamer that typically plays VR games. Prior to his rise to fame, Wanders worked at a factory in South Australia before dedicating his time to uploading videos to his channel. Wanders’s channel consists of satirical animations and entertaining clips of him playing games like Minecraft in VR.

Wanders’s most viral post was uploaded on April 28th, 2020. The clip features a user with a soldier character model singing the no-no square song in an elevator, and as the elevator descends, the user continues to sing the song even though their voice is muffled through the door. The TikTok video accumulated over 7.5 million likes and 36.3k comments. Many users have commented that the video is oddly addicting and almost plays in a perfect loop.

It would be strange to not include the official TikTok account for gaming in our list of top gaming TikTok accounts. Gaming’s parent account is @Gamelancer, and that profile also posts various video game memes and clips. Gaming is an account affiliated with Gamelancer, a social gaming network founded in Toronto, Canada in 1999. Gaming posts a variety of funny clips from popular video games like GTA 5, Minecraft, Fortnite, and Fall Guys.

Gaming’s most popular TikTok was posted on June 12th, 2020. The video is a meme that states that if you don’t receive a notification, presumably from the user’s romantic interest, they will have a summer “glow up” – in other words, a redemption arc. The video received over 3 million likes and 38.2k comments from users continuing the video's joke even after two years. Even though the video wasn’t gameplay orientated, Gaming has diverse content for a wide audience to enjoy.

The official Gaming account has a 1.12% engagement rate, but that’s great considering the account’s climb to popularity and massive fanbase. Over 80% of Gaming’s followers are male, and 47.47% of the account’s fans reside in the United States while others live in the United Kingdom (6.78%), Canada (3.29%), and the Philippines (3.05%). Additionally, about three-fourths of Gaming’s followers speak English.