Gen Z fashion influencers across TikTok, Instagram, and YouTube are bringing out a range of eras and styles for their followers. 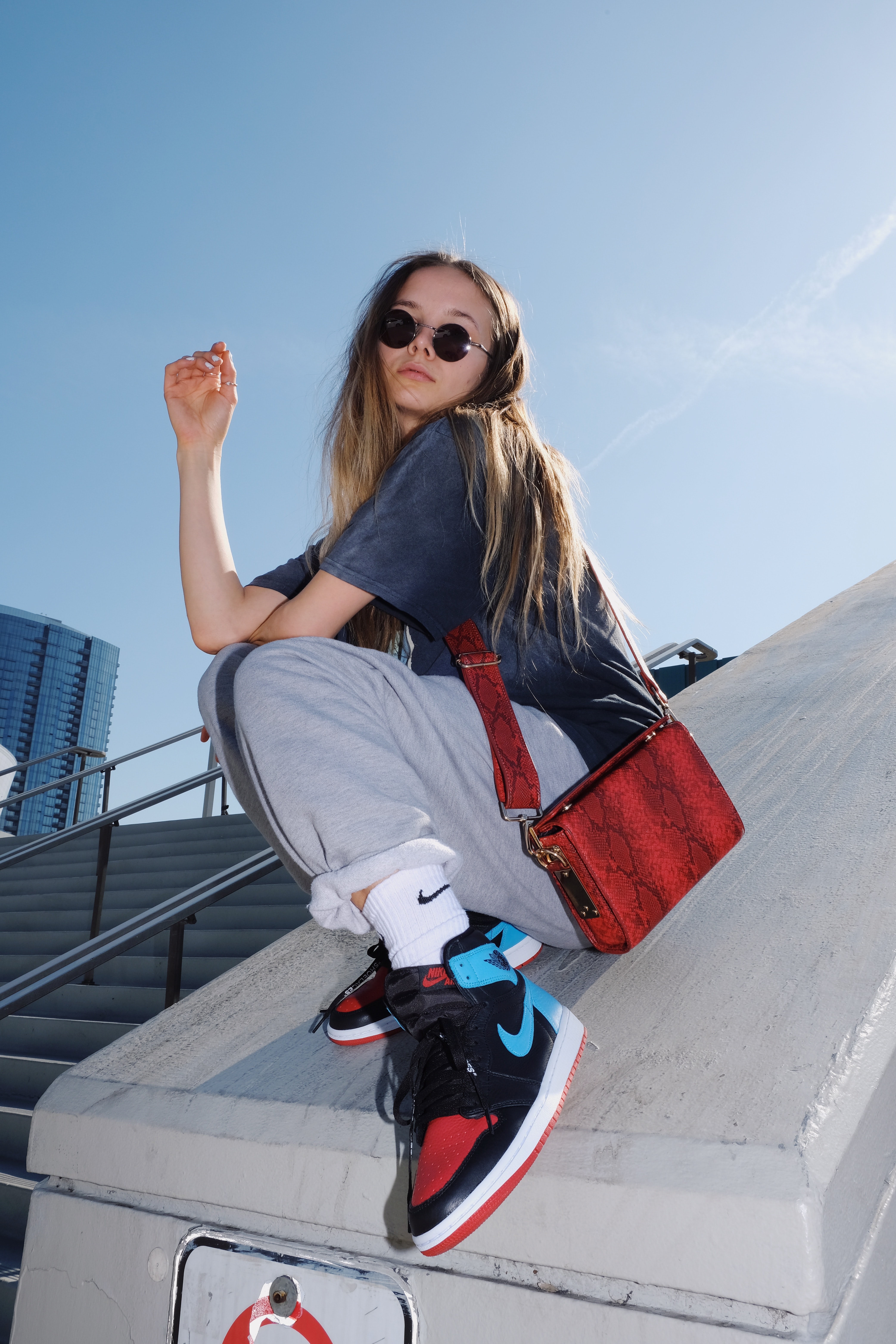 Devin Apollon is one of the top Gen Z fashion influencers with her roots in Miami, Florida, who rose to fame on the internet during the pandemic when she took to social media and began sharing her outfits with her Instagram audience. She is known for her creative outfit choices and her ability to style pieces together that most people wouldn’t expect to see paired with one another, such as chunky sneakers and silk vintage pieces from her mother’s closet.

She has since accumulated 72.1K followers on Instagram, 14.1K followers on TikTok, and has started her own YouTube channel, which has gained 3.19K subscribers. When it comes to Instagram, Devin has garnered 5K average likes and currently has a very high engagement rate of 7.05%. Her most commonly used hashtags are #iweargarage, #flawlessmatch, #clueless, and #wethetourists, among others. Her interests are clothes, shoes, handbags and accessories, luxury goods, activewear, and shopping and retail. The majority of her followers identify as female (76.86%) and the age groups she attracts the most are women from 18 to 24 and women from 25 to 34.

Additionally, her estimated reach on Stories is at 5K, her estimated impressions are at 6K, and her estimated link clicks are at 499. She also has similar audiences to @lucyraemcfadin and @courtneymawhorr, two other Gen Z fashion influencers, one of which is also on this list.

Finally, Apollon has modeled for brands like SIMIHAZE BEAUTY, Rowing Blazers, 437, and ARE YOU AM I, among other well known companies. If you’re looking for a trendy but unique source of style inspiration, Devin should be your next follow.

Taylor Quitara is a social media and Gen Z fashion influencer, as well as an abstract artist based in Brooklyn, New York who specializes in oil painting. Quitara is not only known for her beautiful art, she is also known for constantly providing thrifting vlogs, home decor inspiration videos, a series called #taeinstyle dedicated to styling her followers, taking her followers along as she paints commissions, among other interactive posts that keep her audience engaged on Instagram. However, Quitara has stayed loyal to the platform she initially began her journey on, dedicating the majority of her time to posting videos on TikTok, from clothing hauls to Outfit of the Day videos to comprehensive gift guides.

She has two accounts on Instagram, an art account with over 3,355 followers and a fashion account with 12.1K followers, in addition to a TikTok account with 105.8K followers and over 4 million likes. Today, Taylor has 516 average likes on Instagram and an engagement rate of 4.16%. The majority of her audience consists of people who identify as female (69.38%) and her audience responds well to her Stories. Quitara posts about two stories per day, all of which tend to perform well given that she does a great job of catering to her audience's interests (clothes, shoes, handbags, accessories, cameras, photography, music, and art and design) without being repetitive.

As for reach, her estimated reach on Stories is 893 and her estimated impressions are at 1K. Another way in which she boosts her engagement is via hashtags, such as the following: #taeinstyle, #nycstreetstyle, #ad, and #afterpayxNYFW. All these things considered, she’s at the top of her game. If you’re looking to follow a creator with a vested interest in art, how it informs fashion and vice versa, Quitara’s socials are worth a visit.

Ruby Lyn is a famous model/fashion influencer who is originally from Canada. She rose to popularity via her Depop closet and her YouTube channel but has now expanded her social media presence to cover Instagram and TikTok as well.

Her fashion, makeup, and lifestyle videos on her YouTube channel as well as her daily vlogs, travel vlog, lifestyle photos, and videos on Instagram and TikTok have all propelled her into the public eye and kept her there. Since she began, she has collaborated with and modeled for brands like Depop, Rayban, Rowing Blazers, Los Angeles Apparel, Aritzia, Wildflower Cases, and Celine, among other notable figures.

Read more about how influencer/brand collaborations are here to stay with social media influencer marketing here.

Today Lyn has accumulated 492K followers on Instagram, averages 36K likes, and has a paid post performance of 59.03%. She also has a 7.47% engagement rate and her interests include luxury goods, beauty and cosmetics, shopping and retail, and clothes, shoes, handbags, and accessories. The majority of her audience is women between the ages of 18-24. On Instagram Stories, she has a reach of 30K and 34K estimated impressions as she posts an average of three stories per day.

She is someone to follow if you’re looking to gain inspiration from trendy Gen Z fashion influencers living in New York City with a knack for thrifting for timeless pieces.

Lucy McFadin is a lifestyle and Gen Z fashion influencer born in Los Angeles who moved to New York City to pursue fashion and currently attends NYU Gallatin. She originally started off posting daily vlogs of her balancing her career as an influencer with school, but today she has grown her platform to cover more content, from brand deals to outfit inspiration, travel vlogs, and tattoo tours.

Today McFadin has 70K followers and 4K average likes on Instagram with an engagement rate of 6.89% and a paid post performance rate of 54.49%. Her most popular hashtags are #fashun, #italia, and #daretogonu. The majority of her followers are women (84.99%), most of which are between the ages of 18-24 and 25-34. Additionally, she has an estimated reach of 5K, 6K estimated impressions and 491 estimated link clicks.

She can also be found on TikTok where she has 43.7K followers and over 1 million likes. On there, she spends her days posting styling videos, mini vlogs, beauty reviews, makeup and skincare routines, and unboxings, among other forms of content.

Jake Fleming is another one of the models turned Gen Z fashion influencers who now posts on Instagram and TikTok. He's originally from Massachusetts. Once he noticed social media was a viable tool he could use to build a career, he took to Instagram and started building his brand. Since then, he has partnered with over 25 different brands and has modeled for companies in New York, LA, and Boston.

Today, Fleming has over 320K followers and 7.7 million likes on TikTok, and 32K followers and 1K average likes on Instagram. Additionally, he has an engagement rate of 5.13%, which he keeps up using the following hashtags: #ootd, #fashion, #outfitinspo, etc.

His interests include luxury goods, clothes, shoes, handbags and accessories, beauty and cosmetics, and travel, among other affinities. The majority of his followers identify as female (76.26%) who follow him to see his outfit of the day posts, travel posts, and videos about what fashion essentials people need in their closets and how to videos on how to style certain pieces.

Fleming is consistent on Instagram by posting about two stories per day which have an estimated reach of 2K, 3K estimated impressions, and 228 estimated link clicks. If you’re looking for some menswear inspiration or insight on how to go about making the best out of your closet, Jake Fleming is just a few clicks away.