These top Los Angeles male influencers specialize in different fields, from makeup to food to hair. 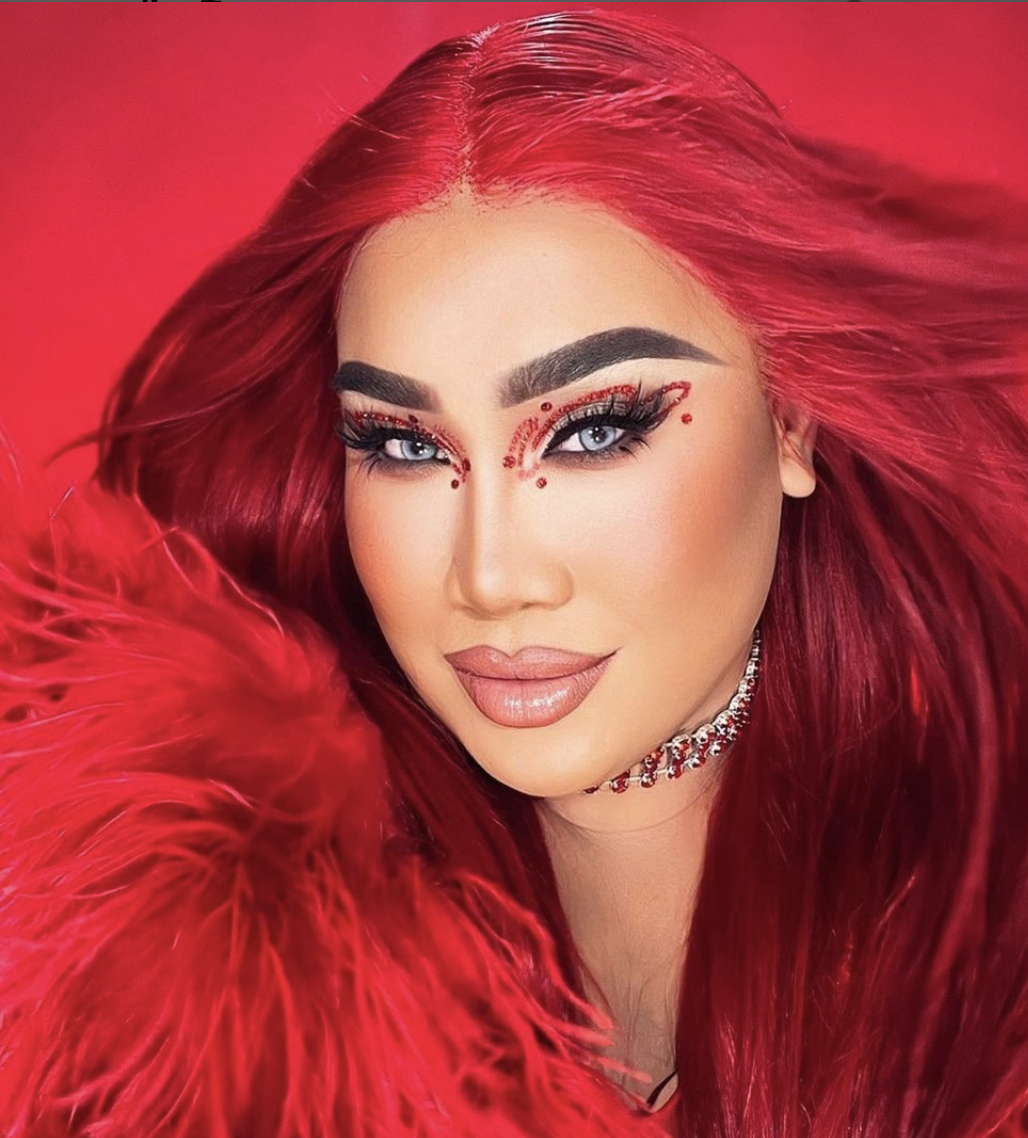 There are so many influencers these days that it gets a bit hard to filter out the ones that fit your tastes. Women pioneered and still dominate the influencer industry, but the male influencer pool is vast and full of diverse niches, too. I have gone ahead and compiled a list of Los Angeles male influencers that specialize in different fields, from makeup to food to hair.

Eddie Sanchez is an LA-based food blogger for all things gastronomy. As someone who has lived in LA all his life, Sanchez decided to make his passion for food his career and founded Hungry in LA, a creative platform where he shares his love for food, travel, and photography. He is well known by locals and tourists alike for documenting the best places to eat and for creating his own recipes as well which he loves to share with his friends, colleagues, and family.

Interestingly enough he started documenting what he was eating way before Instagram even existed. As a matter of fact, Sanchez started off with a food blog where he posted recipes, reviews, and beginner-level photos. It wasn’t until Instagram became a social media sensation that he decided to invest in himself and start taking good photography more seriously.

In an interview with LA Mag he shares the folllowing top tips for food photographers that might just be starting out on how to improve their feeds:

3. Edit photos before posting them

As one of the well-known Los Angeles male influencers, Sanchez has 104.1K followers on Instagram, 684 average likes, and an engagement rate of 0.66%. The majority of his audience is comprised of people who identify as female (61.69%) and his audience responds well to Stories. More specifically, his estimated reach on stories is 6.3K and his estimated impressions are at 7.3K. This can be attributed to the fact that as one of the top LA-based male influencers he is very active on social media, posting on average three stories a day, most of which are food pictures, posts of recipes he has developed, restaurant reviews, and personal life updates.

Ariel Tejada is an LA-based makeup artist and one of the most popular Los Angeles male influencers today. He rose through the ranks in Hollywood after working with Kylie Jenner when he first arrived in LA at the age of 19 looking to fulfill his dreams of becoming a makeup artist. Tejada got his start after Kylie Jenner slid into his DMs on Instagram back when nobody knew his name.

However, Ariel has been at this for a while now. He started getting into makeup in his junior year of high school which is when he also started reaching out to photographers and models to collaborate with. Eventually, he was able to establish a client list of high profile influencers and celebrities that got him noticed by Kylie.

He is known by his Instagram handle @makeupbyariel, and today he works closely with clients such as Kim Kardashian, Nikita Dragun, and Shay Mitchell. He also recently collaborated on a signature brush collection with Morphe, and his looks have been featured in publications in Vogue, Harper's Bazaar, and V Magazine, among others, along with beauty campaigns for brands like MAC Cosmetics and Kylie Cosmetics.

Ariel also has a great Instagram and YouTube presence. Beginning with Instagram, he has 2.6 million followers, 41.5K average likes, and an engagement rate of 1.58%. The majority of his audience includes people who identify as female (85.31%). He is most popular among the following age groups: 18-24 and 25-36, and the majority of his audience is within the United States. His most popular posts tend to be ones in which he is working with the Kardashians or providing makeup tutorials. As for YouTube, Ariel does a fantastic job at keeping his audience engaged by always making appearances on other famous influencers’ channels, such as Patrick Starrr who happens to be on this list.

Since the inception of his career, Ariel has managed to become nothing short of a multi-faceted business genius. Not only has he grown his clientele to include some of the most important faces in Hollywood, he has also built a relationship with fans who are just as passionate about makeup as he is.

Looking for more influencers to work with? Check out some of the amazing women on YouTube here.

Patrick Starr is Filipino-American LA-based makeup artist, YouTuber, and social media personality. He became famous after one of his makeup tutorials went viral on YouTube. He has been at the YouTube game since 2013 and is best known for being one of the first men in makeup to join the YouTube community.

Today he is a leading makeup artist and business owner in the beauty industry. Not only does he executive produce E!’s Snapchat show "Face Forward", but he has also hosted the NYX Face Awards which he competed on in 2015, started his own influencer management company called the Beauty Coop, and recently launched his own makeup brand called ONE/SIZE of which two products, the pressed powder and foundation, have gone viral on TikTok.

Beginning with YouTube, he has 4.3 subscribers, 103.7K average views, 6K average likes, and 119 average comments. The majority of his followers identify as female at a whopping 90.68%. Moving on to Instagram, Starrr has 4.3 million followers on Instagram, 22.6K average likes, and an engagement rate of 0.53%. The majority of his audience is also composed of people who identify as female (89.52%). To be more clear, his estimated reach on Stories is 206.9K, and his estimated impressions are at 232.7K impressions. Overall, Patrick Starr has successfully made a name for himself not only on YouTube but also on Instagram.

Chris Appleton is a U.K. born renowned hair artist/stylist based in Los Angeles. The artist splits his time between Los Angeles, New York, London, and Paris. His clients are some of the most famous stars in music, entertainment, fashion, and advertising, such as Jennifer Lopez, Kim Kardashian West, Ariana Grande, and Katy Perry.

In an interview with Grazia Magazine, Appleton discusses how he came to be the influencer he is today. He recalls his first experience doing hair when he did his mom’s hair with an old hairdryer in his family home, and how it was on his mother Jane’s head where he practiced high-fashion editorial styles for the first time. It wasn’t until the age of 13 that he finally got his first job at a salon where he slowly but surely made a name for himself until he had his own chair and his own rates.

However, there came a point where he wanted more and so he started working backstage at international fashion shows and creating hair looks for editorial photoshoots. This is when he entered to be cast in the BBC television competition: Young Hairdresser of the Year, and in 2010, he won. Following this win, he moved to London and started working with Rita Ora in 2016, and soon thereafter he received a call from Christina Aguilera’s team to do her hair for The Voice.

Today, his work has been featured on covers and major features for iconic magazines like Vogue, Harper’s Bazaar, Vanity Fair, Marie Claire, Grazia, and L’Officiel Paris and Singapore. Some of the fashion houses he has forged strong relationships with include the following: Chanel, Vivienne Westwood, Fendi, Moschino, Dolce & Gabbana, Valentino, Saint Laurent, Tom Ford, and Burberry.

Since he started, Appleton has accumulated 2.6 million followers on Instagram and 1.5 million followers on TikTok, after he started posting his own TikToks. When it comes to Instagram, he has garnered over 55K average likes and currently has a very high engagement rate of 2.14%. His most commonly used hashtags are #hairtutorial, #dreamcoat, #hair, and #bvlgaripartner, among others. Like the other accounts on this list, the majority of his followers identify as female at 73.78%, and the age groups he attracts the most are women from 18-24 and women from 25-34. Additionally, his estimated reach on Stories is at 123.5K, his estimated impressions are at 4.4K, and his estimated link clicks are at 4.4K.

Mario Dedivanovic, also known as @Makeupbymario on Instagram and YouTube, is a famous makeup artist who has gone viral several times for his heavily influential makeup techniques. Some of his most well-known clients include Kim Kardashian, Jennifer Lopez, Chrissy Teigen, and Chanel Iman.

Dedivanovic was born and raised in the Bronx by Albanian immigrant parents and shortly after graduating high school, he found a retail job at Sephora as a fragrance consultant. According to his website, Mario’s career took off after he was hired by two singers he met at Sephora to create their makeup for a cabaret show. Given that he didn’t have his own formal makeup kit yet, he took a Nike shoebox from his closet, filled it with products from Sephora, and did their makeup for $25.

Since then, Mario has built an empire around his talents. More specifically he has launched The Masterclass, an education platform that has welcomed over 25,000 students to sold-out events in cities all over the world. During these classes, he shares his signature techniques working with celebrities, magazines, on the red carpet, and at photoshoots.

He recently came out with his own beauty brand called  MAKEUP BY MARIO, where he serves as the Chief Executive Officer and Chief Creative Officer. To add to his accolades, his brand won an Allure Best of Beauty Award and became a top-seller brand at Sephora.

Today Dedivanovic has 40.5K followers, 32.9K average views, 3.2K average likes, and 75 average comments on Instagram with an engagement rate of 7.82%. His most popular hashtags are #makeupbymario, #1, #mastermattes, #metgala, #goldenglobes, #kimair, and #sagaawards. The majority of his followers are women (84.41%), most of which are between the ages of 18-24 and 25-34. Additionally, he has an estimated reach of 3.3K, 3.8K estimated impressions, and 281 estimated link clicks. He can also be found on TikTok where he has 482.1K followers and over 3 million likes. On TikTok, you can find makeup tutorials on his studio and on his client Kim Kardashian, collaboration videos with Chris Appleton (one of our other top Los Angeles male influencers), and what I do in a day videos.