NYC fashion influencers live in a fashion and creativity hub where they can create, style, and share on the internet. 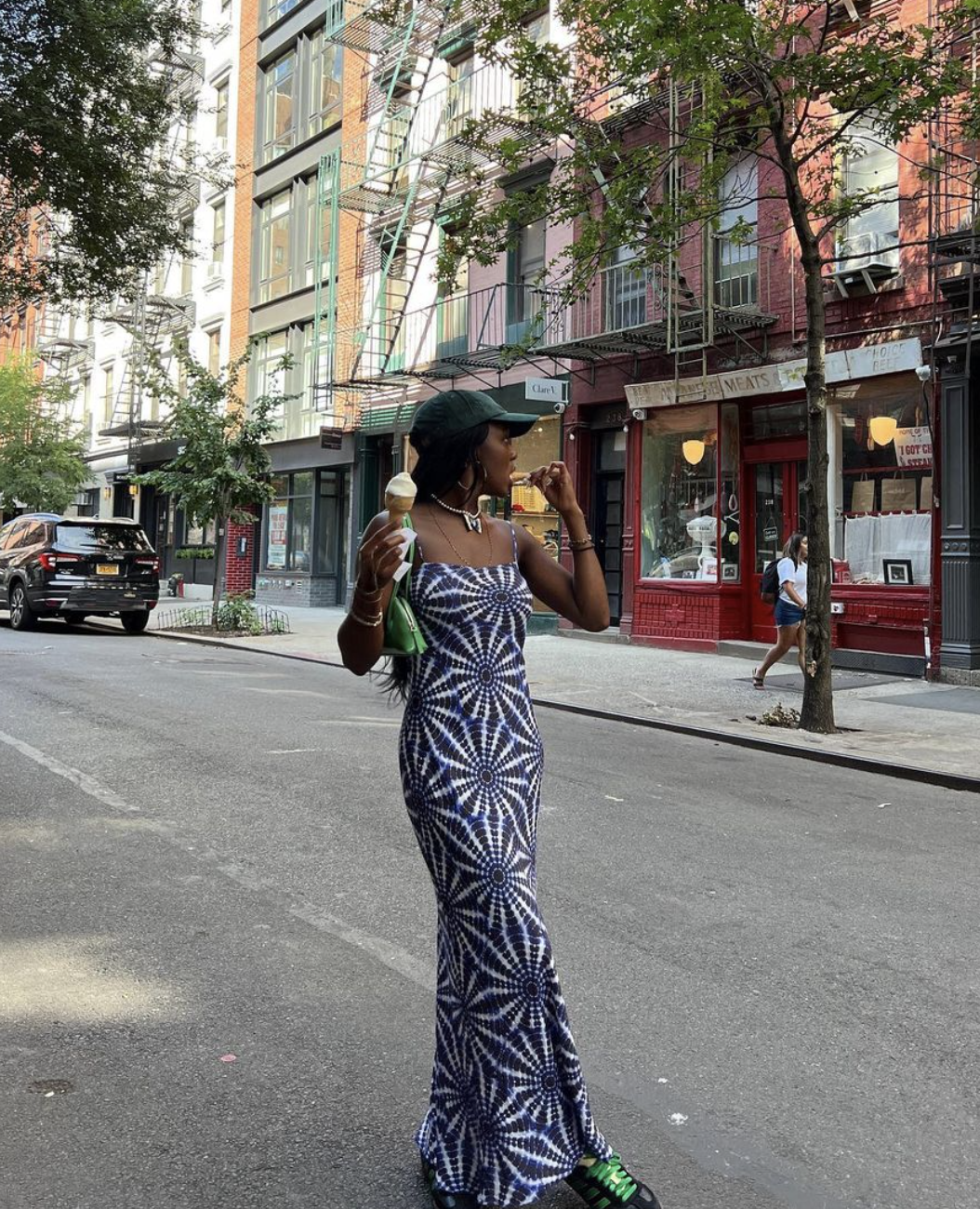 When I think of cool fashion, I think of New York. I think of fashion “it girls” and “it guys” and everything in between. I think of mixing and matching and trend setting and the pinnacle of personal style. All this being said, I’ve put together a list of the finest NYC fashion influencers for anyone who is looking for fashion inspiration, creative inspiration, some classic pretty outfits to look at, or all three!

Kelsey Kotzur is a 28 year old content creator living in Brooklyn. According to her, she’s been working forever; in a bakery, at Old Navy, summer camps, etc., but being her own boss was always the goal.

She went viral after calling out fashion blogger and designer Danielle Bernstein, the name and face behind WeWoreWhat, for stealing her ideas. To keep transparency, she made a video telling the public how disappointing it was that Bernstein had stolen two of her outfit ideas and Instagram post concepts.

Before influencing, she worked in wholesale fashion, marketing, and PR after college, but she was set on not having what some might see as a traditional 9-5 job. When the pandemic came around she started creating content and in 2021 she quit her full-time job with no backup plan, giving herself until January to succeed via content creation. While the beginning started rough, she ended up going viral in early March, and from then on it was history.

Moving on to Instagram, she now has 47.3K followers, 15K average views, 3K likes, 33 comments, and an engagement rate of 6.32% where she also boasts a majority female audience between 18 and 34.

Adopted from Colombia, Charles Gross grew up as a wealthy private school kid. It was during this time that he began posting YouTube videos a year following his high school graduation. Around this time, Gross resold Birkins on eBay after finding one online for $300. Making videos about the handbag searches brought a plethora of viewers to his channel.

Once he started successfully reselling these bags, he also began posting vlogs about everything and anything from his two-day marriage to dyeing his hair impulsively and different sexual encounters.

If you saw him now, you wouldn’t believe it was the same person. Today Gross has deleted his entire archive of YouTube videos and shifted his focus onto rebranding himself and self-improvement. His viral TikTok presence keeps him a fan favorite on social media by talking about fashion in an accessible way.

In an interview with Vogue, he said the following: “Fashion is art, and art is for everyone. I mean, I’ll never be able to afford a Matisse, but if I want to learn about one, I can go to a museum and see a painting. If someone is interested in learning about a Birkin bag, even if they have no interest in buying one, why are there these preliminary things to even be allowed to be aware about it?”

Moving on to Instagram, he has grown his platform to 103.7K followers, 47.6K average views, 15.2K likes, 121 comments, and an engagement rate of 14.70%. Here he has an even larger portion of male followers, though his audience is still mostly women between the ages of 18 and 24.

Chrissy Rutherford is a fashion and social media expert with over 12 years of experience in the industry who is best known for her work at Harper’s Bazaar, as well as for how vocal she was during the BLM movement and about hard hitting topics regarding diversity and inclusivity. She is currently a digital creator and has partnered with brands like Tiffany & Co., Jimmy Choo, Saks Fifth Avenue, Farfetch, UGG, Depop, Rothys, Lincoln Motors, and the Environmental Defense Fund.

She started her career as an assistant editor, eventually working her way up to almost accidentally become a fashion inspiration on social media, as well as becoming the Special Projects Director at Harper’s Bazaar. She also ended up spearheading the brand’s Instagram account and found her footing in the company by styling and hosting the publication’s YouTube series called “Heel Hunters.”

Aside from her work in the fashion industry, she is very vocal on her social media channels about mental health advocacy, more specifically about her long term struggle with anxiety panic disorder.

On to Instagram, she has 169K followers, 5.3K average views, 1.4K likes, 34 comments, and an engagement rate of 0.84%. The gender split on this platform is similar to her TikTok, but the majority age skews slightly older between 25 and 34.

Jake Fleming is a model turned Gen Z fashion influencer on Instagram and TikTok, originally from Massachusetts. Once he noticed social media was a viable tool he could use to build a career, he took to Instagram and started building his brand. Since then, he has partnered with over 25 different brands and has modeled for companies in New York, LA, and Boston.

Today Fleming has over 320K followers and 7.7 million likes on TikTok and 32K followers and 1K average likes on Instagram. Like the other NYC fashion influencers on this list, his audience is mostly women who follow him to see his outfit of the day posts, travel posts, and fashion essentials coupled with styling how-to videos.

If you’re looking for some menswear inspiration or insight on how to go about making the best out of your closet, Jake Fleming is just a few clicks away.

Devin Apollon is one of the top NYC fashion influencers on Instagram. She grew up in Miami, Florida and quickly rose to fame on Instagram during the pandemic when she decided to start posting pictures of her outfits and special pieces from her mother’s closet. She is known for her creative outfit choices, organizing garage sales with her other influencer friends in New York, LA, and Miami, and for her talent when it comes to pairing staple pieces with statement pieces.

Since she started out she has accumulated 72.1K followers on Instagram, 14.1K followers on TikTok, and has started her own YouTube channel, which has gained 3.19K subscribers. On Instagram, Devin has garnered 5K average likes and currently has a very high engagement rate of 7.05%. Devin's audience is almost 3/4 women, and most of those followers are between 18 and 34.

Check out more fashion influencers based in and travelling to Miami here.