These top skincare influencers on TikTok not only change the way we talk about self care, they also have great recommendations. 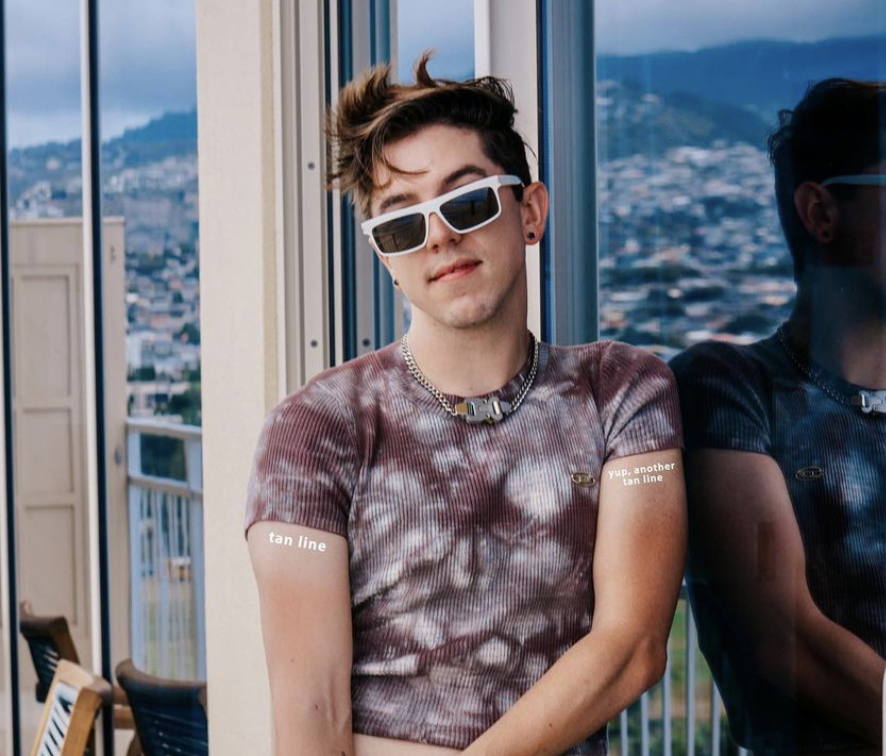 When it comes to beauty content, social media sees its ebbs and flows. In the early 2010s, YouTube and Instagram were flooded with colorful, saturated fashion content. Our subscriptions were full of influencers showing their favorite OOTDs and seasonal lookbooks. Later, we saw YouTube beauty gurus like James Charles, Jeffree Star, and Nikkitutorials taking the Internet by storm with makeup tutorials and sponsored content that defined the later 2010s. Now, skincare influencers on TikTok are growing in popularity.

Although many of those content creators are still going strong, there’s been a new wave breaking onto the shores of the beauty world. Since March 2020, TikTok skincare influencers have been taking the Internet by storm. Back when we couldn’t go outside the house, trying on our newest makeup look or outfit of the day was rendered useless. Taking care of and investing in your skin has become the newest trend.

Apart from entertaining and satisfying videos, there’s more to his content that meets the eye. Dr. Shah wants his audience to learn from mistakes that he has made. As a teenager he spent a lot of time tanning, which eventually led to a skin cancer that had to be removed from his chest. In October of 2021, Dr. Shah shared with ABC news “I just want people to know what I didn’t know as a teenager.”  Later that month in New York City, he was honored with the Influencer Award presented by the Melanoma Research Foundation.

Dr. Shah’s account is on a slight downward trend. This account has an engagement rate of 2.02%. 65% of his audience is female, 34% of whom are between the ages of 18 and 24. Over half his following hails from the United States, followed by the United Kingdom and Canada.

Perhaps the most well-known skincare influencer is Hyram Yarbro, known as Skincare by Hyram on Instagram, YouTube and of course, TikTok.

@hyram not me judging in a crop top 🤧 #sunscreen ♬ BIZCOCHITO - ROSALÍA

Hyram blew up on both YouTube and TikTok in March of 2020. Back when we were stuck in our homes, our newest form of entertainment and self-improvement was Hyram’s skincare content. Between March of 2020 and September 2020 he went from 100,000 TikTok followers to over six million.

Hyram’s mantra is “ingredients don’t lie,” and he is quick to condemn ingredients he feels are harmful to the skin. He is quite popular with Gen Z audiences who, since watching his videos, swear by the Ordinary Company and the brand Cera Ve. Despite this, he is not actually a dermatologist, clinician or esthetician. Hyam is a former Saks Fifth Avenue makeup artist who has spent the last six years (and counting!) studying ingredients in skincare products. He follows and has friendly working relationships with other influencers who are dermatologists, aestheticians and chemists. They call him out when he is wrong on something, and he always expresses his gratitude.

Hyram said to The New York Times, ““It was great for them to be able to say: ‘OK, Hyram, no. You do not know about these ingredients,’ or, ‘You need to know how they’re potentially harmful to the skin.’”

With honesty and humor, Hyram has an incredible ability to bash a brand, such as Rihanna’s skin care line, without making enemies (or as the internet says, without “having beef” with anyone.) His audience wants the truth, and his brutal honesty has skyrocketed him to fame.

This TikTok skincare influencer’s hard work has paid off! In June of 2021 he launched his own skincare line, called Selfless by Hyram. With each product, some of the profits are donated to organizations that promote social change and environmental protection.

Have a following if your own? Check out 3 Ways to Turn Fans into Brand Ambassadors.

These videos aren’t for the faint of heart. Similar to Dr. Shah, Dr. Portela reacts to different skincare maladies posted on the internet. He is a board certified dermatologist with degrees from Des Moines University and Michigan State University. From analyzing warts to judging people’s skincare routines, Dr. Portela shares his knowledge with his audience of over 2 million people.

Outside of TikTok, he is the founder of Treasure Valley Dermatology in Boise, Idaho. Patients and viewers alike can shop his medical grade skincare line.

Not only is Ava a passionate TikToker, but she has also started a brand called “byAva.” Ava is known for her concept of “jello-skin,” which is the “plump and bouncy” look achieved in one’s cheeks when one has a face full of healthy collagen. Ava says that as we age, we lose the collagen in our skin, so it is important to maintain collagen through a healthy lifestyle. Ava’s #Jelloskin is a journey of “eating balanced meals, laughing and aging gracefully.”