TikTok fashion influencers show their followers that, regardless of age, gender, and size, they can dress up and feel good. 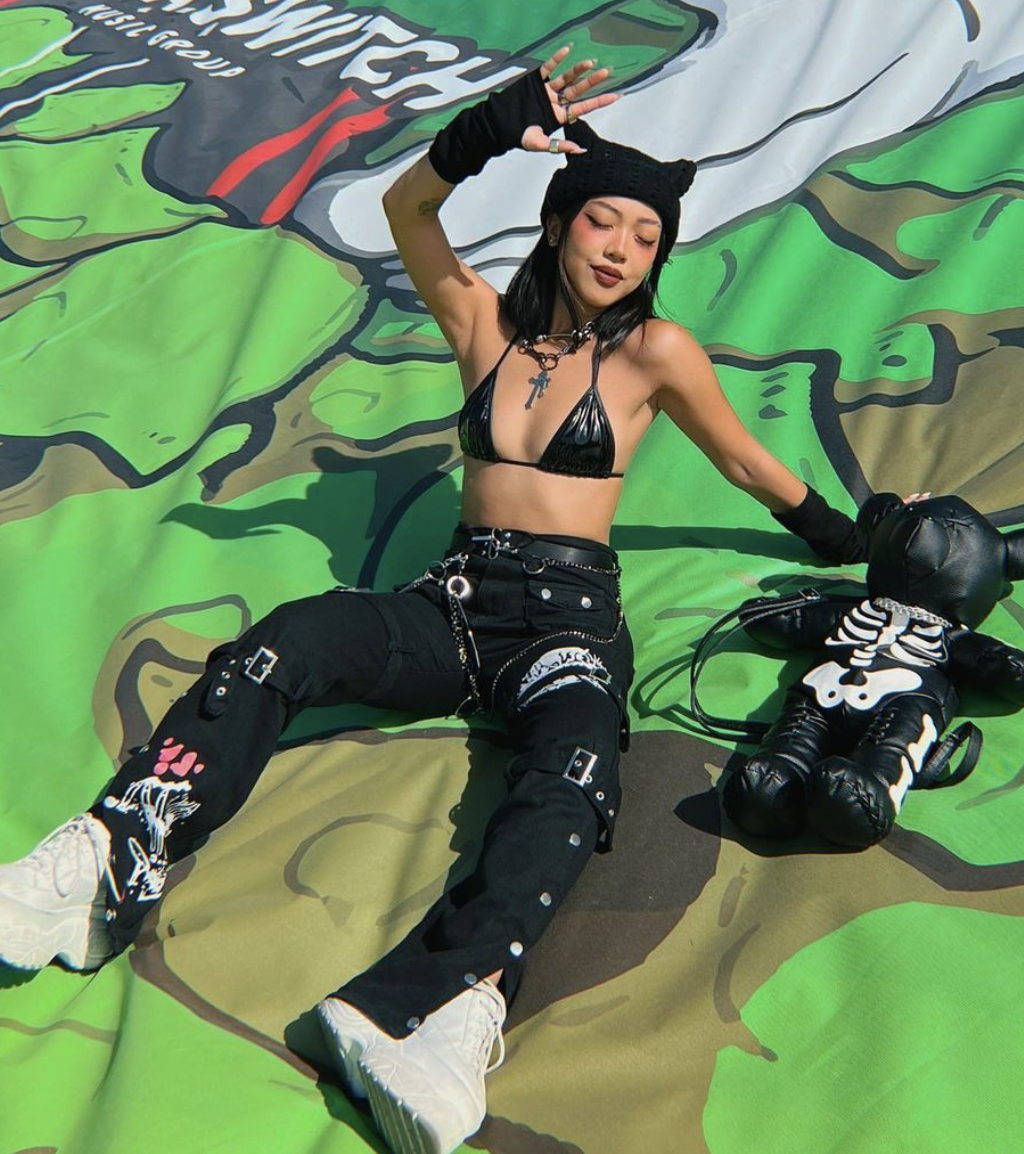 TikTok is teeming with fantastic content creators that we just can’t ignore. However, this article will talk about the hottest fashion influencers on the platform. These creators each have their own niches, so everyone, regardless of their age, gender, and size, can dress up and feel good about themselves.

First up on our list of the best TikTok fashion influencers is Alexa Jade, also known as Nava Rose. Rose is an American social influencer on TikTok, Instagram, and YouTube. Rose posts DIY fashion videos, makeup tutorials, dance videos, and cosplays of famous celebrities and influencers.

She studied at the Fashion Insititute of Design and Merchandising in Los Angeles but decided to discontinue her studies to focus on her professional career.

Though Rose had a presence on social media before TikTok, she began actively posting on the platform in August 2019. One of Rose’s most popular posts features custom outfits personifying different iPhone emojis like the pink heart, flame, and risky devil emoji. This post has accumulated over 4.8 million likes and 45k comments, marking a huge milestone for TikTok’s upcoming fashionista.

Rose has a TikTok engagement rate of 4.07% while her following, average views, likes, and comments have been on an upward trend since May 2022.

Although her follower count is a consistent 5.7 million followers, with her current stats, we can safely assume that her numbers will climb in the upcoming months. Over 83% of Rose’s fanbase is female and nearly half of her followers reside in the United States. As you will notice with other creators on our list, a majority of their fanbases are between the ages of 18 and 24.

Check out this blog for more top Asian TikTokers based all across the world.

Next up is the man Vogue called the "best-dressed guy on TikTok." Kaye is a 21-year-old Nigerian-American model and fashion influencer who lives in Houston, Texas. Kaye usually posts snazzy fashion videos, tips and advice on styling, and funny outfit challenges.

Growing up, Kaye was always passionate about fashion and often took inspiration from designers like Hedi Slimane and Rick Owens. According to Vogue, Kaye opened up about being bullied in high school because of his physical appearance, so he thought the best way to fit in was to become stylish and trendy.

Kaye became active on TikTok in January 2020 where his numbers skyrocketed throughout the pandemic. Kaye’s hottest TikTok video, a response to a cheetah print slander comment, garnered almost 6 million likes and 61k comments. His jaw-dropping looks and excellent sense of style continued to increase his popularity on the platform.

Kaye’s engagement rate is slightly higher than Rose’s at 4.64%, and his following has been on a steady rise since May. Kaye’s average views, likes, and comments are softly declining, but his presence on TikTok is more valued than ever.

While still the minority of his audience, Kaye's demographic comes in at about 36% men and 64% women. 50.17% of his fans are located in the United States, which is not surprising given nearly 80% of them speak English as their primary language.

Up next on our list of best TikTok fashion influencers, one who has also seen a massive influx of new followers, is Ms. Kristine. Kristine provides uplifting content about body positivity and fashion tips for plus-sized women. Currently living and blogging in Los Angeles, Kristine’s mission as a fashion influencer is to “show that curvy women can be just as stylish and fabulous as everyone else.”

Kristine started bogging in September 2013 with her famous catchphrase, “a curvy girl living in a trendy world”, but she began posting on TikTok in March 2020.

Kristine uploaded one of her most popular TikTok videos in February of this year. In the clip, she tries out a fashion hack that presumably transforms a bodysuit into a stylish crop top; Kristine tries out the hack herself and feels mixed about the result due to her body type, but still upholds her confidence. This post has received over 1.9 million likes and nearly 5k comments – very impressive for how young her post is.

@trendycurvy Did this work out for me or no? Another day of trying TikTok trends on a curvy body. Let me know your thoughts! Inspo: @Hannah Warling #plussize ♬ original sound - Ms Kristine

Kristine has the highest engagement rate on our list of best TikTok fashion influencers with an outstanding 12.05%. Her followers and following have been slowly increasing while her average views, likes, and comments have increased as much as 43%. Over 92% of her fans are women, and about 60% of her followers live in the United States.

Unsurprisingly, Kristine is one of our fastest-growing influencers as of right now.

One of Hanne’s most popular TikToks shows off her full Dior outfit at Dior's fashion show. The video has gathered about 2.4 million likes and nearly 4k comments. She has also achieved numbers similar to this post featuring other brands like Louis Vuitton, Chanel, and Jacquemus. If you’re looking to find a fashion influencer that styles with the most popular and prestigious brands, Hanne has got you covered.

Hanne has a TikTok engagement rate of 2.58%, and although her follower count has stayed at 1.5 million since February, her average views, likes, and comments have been increasing. About 76% of Hanne’s following are women. Hanne has an extremely diverse fanbase with a majority of them living in countries like the United Kingdom, Germany, and Vietnam, but about 47% of her fans speak English.

For more influencers at fashion week and more, check out this top NYC influencer blog.

Last, but certainly not least, is Carla Rockmore, a bold and daring fashion influencer originally born in Canada. Now residing in Dallas, Texas, Rockmore was always passionate about fashion and style in her 20s and 30s.

Rockmore believes that fashion should be more affordable for the average consumer. Rockmore’s videos consist of her trying on clothes and mismatching different clothing brands to get the perfect outfit for every occasion. Some people might say moms don’t have style, but Rockmore will prove you wrong.

Rockmore’s most popular TikTok was uploaded on December 16th, 2021 where it has garnered about 1.3 million likes and almost 8k comments.

Rockmore admits that not everyone will like her fashion sense, but she loves the way she dresses and believes that “fashion should speak to you.” Rockmore wants her viewers to know that you don’t need to dress up in highly renowned brands to look stylish.

Rockmore’s TikTok engagement rate is 2.19%, though her average views, likes, and comments have been on the decline this past year. Over 90% of her followers are female, and 9.14% are male. 67% of her fans reside in the United States, and nearly 93% of them speak English.