Here, we are highlighting the top 5 Black Instagram Influencers across music, sports, and more. 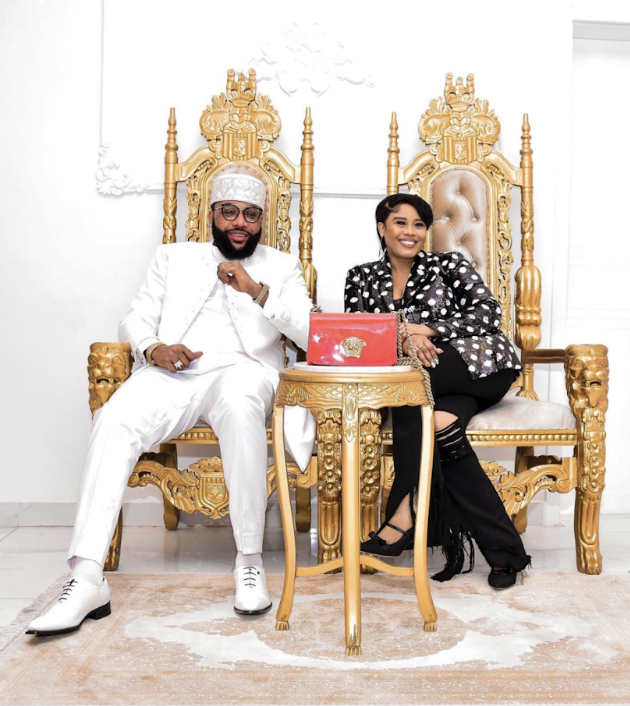 One of the many gifts social media has brought to our lives is the ability to easily unite communities online. Black Instagram Influencers are breaking cultural and language barriers to unite Black people throughout the African Diaspora. Historically, Black people have always found and created safe spaces to convene. Churches, community centers, and schools across the United States have served Black American communities for generations. Today, there are several pockets of the internet where Black people and Black culture are showcased and celebrated. Here, we are highlighting the top 5 Black Instagram Influencers whom you ought to start following now.

What does it mean to be a Black Instagram Influencer?

Race is a complicated subject, and people don’t always fit so neatly into categories. With that said, how do we define a Black Instagram influencer? While there are various ways to define and understand “Blackness,” we do not attempt to do that here.

We’ve chosen, for this list, influencers who are of African, Afro-Latinx, or African-American descent. We are also focusing on influencers with at least 1M followers whose accounts have seen more than 25% follower growth within the last 6 months, and whose audience members are more than 55% Black.

These are creators who clearly understand how to use influencer marketing to grow a brand, and whose reach and engagement rates make them effective marketers.

There are, of course, far too many Black Instagram influencers to provide a brief yet comprehensive list. Therefore, for this list, we’ve selected the top 6 influencers to keep an eye on in 2022. The accounts in this list are on the rise and have higher-than-average engagement rates.

Tremetrius Jamel “Ja” Morant (@jamorant) is an American professional basketball player in the NBA and is currently a point guard for the Memphis Grizzlies. When he’s not training or playing on the court, he’s promoting brands on Instagram. First on the list of Black Instagram influencers, Ja has more than 6.5M followers and numerous brand partnerships as of May 2022.

Much of Ja’s content is sports-focused, unsurprisingly, with a good balance of branded content woven into his page. His account has been consistently growing from month to month, with more than 77% of his followers located in the U.S.

Emeka Okonkwo (@iam_emoney1), better known as “E-Money,” is a Nigerian entrepreneur and CEO of the music recording label Five Star Music. By sharing photos of his lavish lifestyle and promoting positivity, E-Money has amassed more than 11M followers, which makes him the most-followed Black Instagram influencer on our list.

While his engagement rate is significantly lower than that of the others on this list, E-Money’s account has been consistently growing each month. He has the highest estimated reach of any influencer on this list, and has the most estimated Instagram Story impressions at 596K.

Halle Bailey (@hallebailey) is an American actress, musician, and soon-to-be Disney Princess. She is set to play Ariel in the upcoming remake of “The Little Mermaid.” With photos showcasing her style and artistic ventures, she has a growing following of more than 2.7M.

Compared to most other Black Instagram Influencers who are currently trending up, Halle has an exceptionally high engagement rate, at 15.48%. Her audience is mostly based in the U.S., with some followers in South America, Africa, and Europe.

Maryam “Taaooma” Apaokagi is a Nigerian comedian and cinematographer, and one of the top Black Instagram influencers trending on the app today. With more than 3.7M followers, she keeps her account buzzing with comedy sketches starring, mainly, herself.

Tacoma’s account has seen consistent follower growth in the last 6 months, with most of her audience located in Africa and Europe. She also has an above-average engagement rate of 3.05%.

Her audience is pretty balanced in terms of gender: just over 56% of her audience is female, while about 44% is male. Most of her followers are between the ages of 25 and 34.

Henry Ohanga, known as “Octopizzo” (@octopizzo), is a Kenyan-born musical artist, activist, and entrepreneur. As a Black Instagram Influencer with a multi-lingual audience, Octopizzo primarily centers his account around the music.

Photos and video clips of live performances are the bulk of his content, which has earned him more than 2.8M followers. His engagement rate is well above average compared to similar accounts, just over 6%.

His international following has seen consistent growth from month to month, with the top 50% of his audience split between Kenya (28.8%) and Brazil (24%). Most of his audience is male — more than 63% — and the majority are between the ages of 18 and 34.

If you’re reading this, you should know by now that influencer marketing is sweeping the world as the fastest-growing marketing tool of our time. Industries where major corporations once hoarded power and influence are now being promoted by hundreds of thousands of influencers with more personalized audiences.

The benefits of this new marketing landscape are innumerable, and many have yet to be seen. As we aim to adapt to the world around us, taking notice of the top trending influencers, whether they be Black Instagram Influencers or the top Kid YouTubers, has become an essential aspect of thorough market research.