These top gaming YouTubers have cultivated a quality fanbase engagement makes them excellent partners on any campaign project. 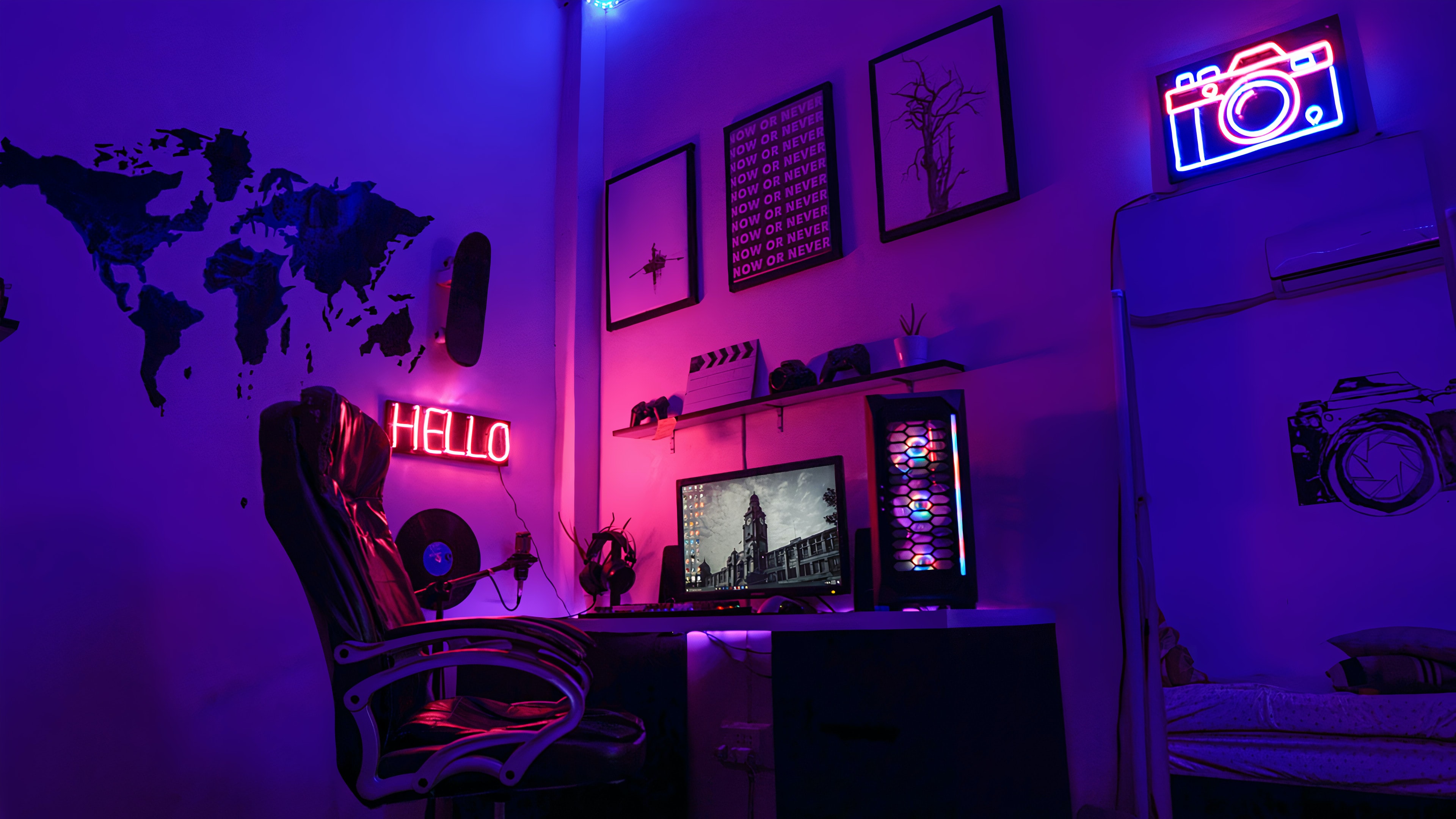 Gaming influencers dominate YouTube and draw high engagements rates on other platforms for their likable personalities, lively commentary, and quality content. Becoming a successful gaming influencer is hard work, and every creator deserves recognition for their ability to grow a fanbase. That quality fanbase engagement makes them excellent partners on any campaign project. Keep reading this blog to catch a glimpse of the top gaming YouTubers and their commitment to YouTube’s gaming community.

Dream has been the talk of the town ever since Minecraft surged in popularity in 2019. He definitely deserves to be listed on our top gaming YouTubers list. Dream’s niche revolves around doing insane challenges in Minecraft by himself or with friends. Having kept quiet about most of his personal life, Dream has publicly announced that he has ADHD where he received mixed reviews on how he manages his diagnosis.

Dream began posting videos on YouTube in July of 2019, and his first video, which now has over 17 million views, consisted of him playing Minecraft poorly, hoping to “trigger” Minecraft veterans. Dream is well-known for his immensely popular series Minecraft Manhunt where Dream attempts to beat Minecraft while a group of “Hunters” tries to kill him. Dream’s most popular video, Minecraft Speedrunner VS 3 Hunters GRAND FINALE, premiered on August 7th, 2020. This video alone has garnered over 110 million views, 4.4 million likes, and over 285,000 comments.

Dream’s engagement rate on YouTube is 5.95%, outperforming most accounts. 69.89% of Dream’s fanbase is male, while the other 30.11% is female. The majority of Dream’s fans are between the ages of 18 and 24, with 34.36% of his male fanbase and 16.69% of females resting in this demographic. 26.27% of Dream’s fans reside in the United States, and 39.58% speak English. Dream’s subscriber count is steadily increasing, although his average views and likes have gone down.

Check out our list of Top 10 Black YouTubers at this NeoReach blog!

Everyone probably knows of MrBeast, otherwise known as Jimmy Donaldson, for his intense challenge videos, but did you know Donaldson also has a gaming channel? Donaldson is a popular YouTuber, philanthropist, and businessman currently living in North Carolina. Donaldson’s gaming channel primarily uploads fun Minecraft challenges with his fans and friends, but he plays other random games as well.

MrBeast’s gaming channel was created on April 7, 2020, and has skyrocketed to over 26 million subscribers in a short period of time. His most popular video on this channel was released on August 6, 2020, titled Whatever You Build, I’ll Play For where he gathers 100 players to compete in a building challenge in Minecraft. This video alone has achieved over 86 million views, 4.5 million likes, and over 190,500 comments.

While MrBeast’s engagement rate is only half of Dream’s at 2.75%, the channel still towers over the standard engagement rate of other YouTubers. 71.43% of his fanbase is male while the other 28.57% are female. Most of his viewers are between the ages of 18 and 24, typical for gaming YouTubers of his status. MrBeast is most popular in the United States, with 32.21% of his fanbase living in the US. Nearly half of his fans (40.47%) speak English. His subscriber count, average views, and average likes have increased significantly during March 2022.

When you think of top gaming YouTubers, Markiplier probably comes to mind for his long-term dedication to the YouTube gaming community. Markiplier, Mark Fischbach, was born on June 28th 1989, in Honolulu, Hawaii. He now resides in Los Angeles, California. Markiplier created his YouTube account on May 26th, 2012, and onward he gained popularity for both his Let’s Play videos of indie and horror games and his humor.

Markiplier's most popular gaming video, WARNING: SCARIEST GAME IN YEARS |Five Night’s at Freddy - Part 1, was uploaded on August 12th, 2014. As you can imagine based on the title, Markiplier plays the first game in the FNAF series. The video includes his typical humor and tension as he struggles to complete the first and second night in the game. This video has accumulated over 102 million views, 1.2 million likes, and over 250,100 comments.

Markiplier’s engagement rate is significantly lower than Dream and MrBeast at 0.68%, but this statistic is still slightly higher than the average. His fanbase is prominently male at 62.32% and female at 37.68%. 46.32% of his viewers are from the United States while 41.75% speak English. 33.27% and 23.81% of his male-to-female viewers are between the ages of 18 and 24. His subscriber count, average views, and average likes have begun to climb again after previous months of plateauing.

If you know someone who watches Markiplier, there’s probably a good chance they also watch Jacksepticeye. Jacksepticeye, Sean McLoughlin, is a famous YouTuber, businessman, and philanthropist born in County Offlay, Ireland. McLoughlin is the founder and owner of Top of the Morning, a coffee shop and company located in Ireland, which might sound familiar from the intro of his videos.

McLoughlin created his channel on February 24, 2007, but only started uploading videos in late 2012. McLoughlin is known for creating gameplay videos ranging from action, adventure, horror, indie, and other genres. His most popular video, ALL THE WAY - Jacksepticeye Songify Remix by Schmoyoho, is actually a montage song of McLoughlin playing Happy Wheels. This video collected over 101 million views, 1.9 million likes, and over 327,000 comments.

McLoughlin’s engagement rate is around the average for accounts of his size at 0.57%, and his subscriber count, average views, and average likes per month have been increasing since December 2021. The gender split of his viewers is a bit more balanced with 64.19% of them being male and 35.81% female. 33.36% of his male viewers and 22.65% of his female viewers reside in the 18 to 24 year old age range. To no surprise, 47.42% of McLoughlin’s fanbase live in the United States, and 41.94% of his viewers speak English as their primary language.

Last but certainly not least on our top gaming YouTubers list is VanossGaming. Evan Fong is a Canadian YouTuber and music producer born in Toronto, Ontario. Fong left college because of his desire to become a YouTuber. Despite parental disapproval and other challenges, Fong still pushed toward his dream. Fong created his YouTube channel on September 15, 2011 and began uploading montage-style gameplay and original songs. Fong is well-known for his videos of him and his friends playing Garry’s Mod, GTA 5, and FNAF.

Fong’s most popular video, Gmod Sandbox - The Toys Escape! (Garry’s Mod Skits & Funny Moments), was uploaded on January 15th, 2015. In the video, Fong and his friends play as toys and do random stunts like riding roller coasters, launching his friend in a cannon, and bouncing on jump pads. The video includes endless amounts of banter, creative edits, and funny skits that mesh well with this sandbox game. This video alone has over 63 million views, 745k likes, and 15,437 comments.