On social media, Gen Z fashion influencers are bringing fresh creativity and accountability to the world of fashion. 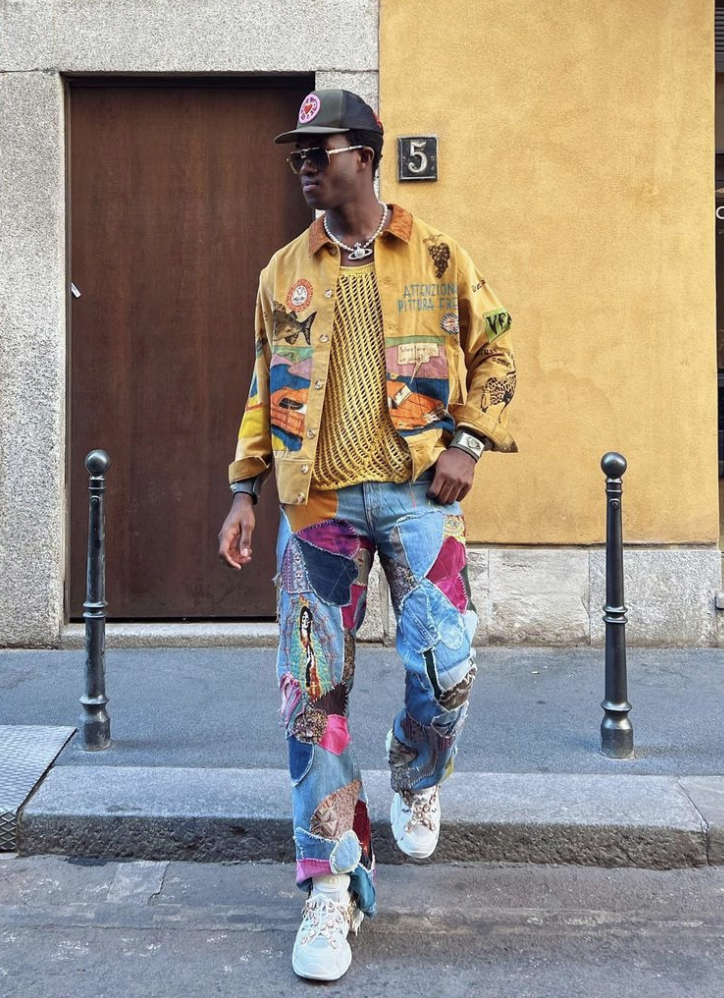 Generation Z, also called “Zoomers” or “Gen Z”, is a demographic known for many things. Some expect Gen Z to save the planet, or to thrust us into a new political climate. On social media, Gen Z fashion influencers are bringing fresh creativity and unique flair to an ancient art form.

Fashion is a cultural mainstay, and trends have always been evolved and revived by the youth. Born and raised in an age of technological advancement, Gen Z fashion influencers today are serving the same level of innovation 1920s flappers and 1970s hippies embodied before them.

For tips on how to use influencer marketing to grow your brand, read more here.

Before the onset of the 2000s, social media was not even a second thought in the minds of fashion trendsetters. The internet was still in its infancy and no one could have predicted the weight that a TikToker’s words would have just 20 years down the line.

In 2022, internationally-renowned fashion designers and media moguls have their eyes on #fashiontiktok. Instagram has become a hive for fashion lovers of all ages to connect, locally and globally.

Actress, entrepreneur, and TikTok icon Addison Rae represented Michael Kors at the 2022 Met Gala awards, a move that drew much attention and criticism.

Born during the period from about 1995 until the end of the 2010s, Gen Z fashion influencers have been revolutionizing the fashion industry. These influencers, like their peers, have never known a world without “fast fashion,” or mass-produced clothing from vendors such as BooHoo and Shein. Expectations are high, by default.

Economical, ethical, and environmentally sustainable: these are the big three fashion concerns for Zoomers. Clothing brands able to meet these demands are set to soar in a fashion climate led by Gen Z.

Looking for green influencers to follow in 2022? Check out our top picks here.

Early 2000s or “Y2K” fashion trends — like low-rise jeans, popcorn fabric, and crop tops — are quite popular with Gen Z.

Influencers like Tea’ Maisel-Chmaj and Michaila Cothran have used #Y2KStyle to skyrocket their popularity on TikTok. From the spiky hairstyles and colorful makeup trends down to the bulky shoes and sheer tights, Gen Z is loving Y2K vibes.

“I was born in 2001,” Porter said, adding that she thinks she grew up in “the peak” of Y2K style. “Now as an adult, re-creating these outfits creates a really nostalgic feeling for me personally, which I think a lot of people in my age group can relate to.”

While the Y2K affinity may seem a natural progression, many styles that can be considered vintage hold a special place in the hearts of Gen Z fashion influencers.

As psychologist and nostalgia researcher Krystine Batcho told Insider in early 2022: “Nostalgia is a refuge, as people turn to the feelings of comfort, security, and love they enjoyed in their past.”

Backlit by the dismal trajectory of the global economy, Gen Z fashion influencers are clinging to the most beloved styles of all time.

For more details on the top fashion influencers in Chicago, read our full list here.

Fashion is an even more precious method of cultural expression during an economic crisis. That’s why we’re highlighting the top Gen Z fashion influencers inspiring younger generations to dream up a brighter reality.

By blending fashion, dance, and her own unique quirks, Nava Rose (the.navarose) is wildly popular with Gen Z women. More than 83% of her audience is female, and about 66.5% are between the ages of 18 and 24.

With more than 5.7M followers on TikTok and 1.24M subscribers on YouTube, Rose is known for her dancing and her passion for K-pop, which she incorporates into her fashion-focused content.

Most of her followers (46.4%) are based in the U.S. with many scattered throughout the globe. Her engagement rate is significantly higher than that of similar accounts, at 5.96%.

Named the “best-dressed guy on TikTok” by Vogue, Wisdom Kaye (Wisdm8) is a model and one of the biggest male Gen Z fashion influencers on TikTok. Kaye has more than 8.2M followers, and an engagement rate of 4.97%, well above similar accounts.

Kaye showcases his eclectic styling choices alongside his love for anime and video games. Many of his posts involve iconic characters such as Sonic The Hedgehog and Zenitsu from Demon Slayer.

Men’s fashion enthusiast Anuj Dutta (imanujdettaa) is an India-based content creator with more than 99K followers on Instagram. Dutta has cultivated a loyal community with an engagement rate of 32.5%. That’s incredibly high compared to similar accounts.

A German Gen Z influencer with an ample following across multiple platforms, Sofia Rosalie (sofiaarosalie) is all fashion all the time. Her social media pages, at least, are fabulously focused on style.

With an impressively high engagement rate of 11.7% — plus more than 94K followers on Instagram and 451K on TikTok — Rosalie educates and entertains. She offers styling tips and relatable humor, all while elegantly promoting brands like Zara and H&M. Unlike most of the top Gen Z fashion influencers, she does all this while rarely showing her face.

Her followers are located throughout North and South America, and in Europe. More than 95.5% of her audience is female, and more than 55.8% are between the ages of 18 and 24.

Sneha Agarwal is an Indian content creator and style fanatic with more than 83.7K followers on Instagram. Bringing Western and Eastern trends together with color and finesse, her personal style shines through in every image.

With a higher-than-average engagement rate of 18.4%, Agarwal shares styling tips and budget-friendly finds for Indian women’s fashion. More than 82% of her audience is based in India, and the majority (more than 87%) speak English.

No matter what you call them, Zoomers are cultivating a new future for fashion on social media. Gen Z fashion influencers are molding their own personal fashion hubs, ever-evolving the way styles can be showcased and celebrated online.

Be sure to watch this generation for the latest trends, not only in style but also in business. As more people in the younger generations age into adulthood and bring their environmental concerns to the forefront, every industry will be asked to adapt. The fashion industry is no different.