These top Gen Z influencers on TikTok are the power behind the creator economy and social media right now. 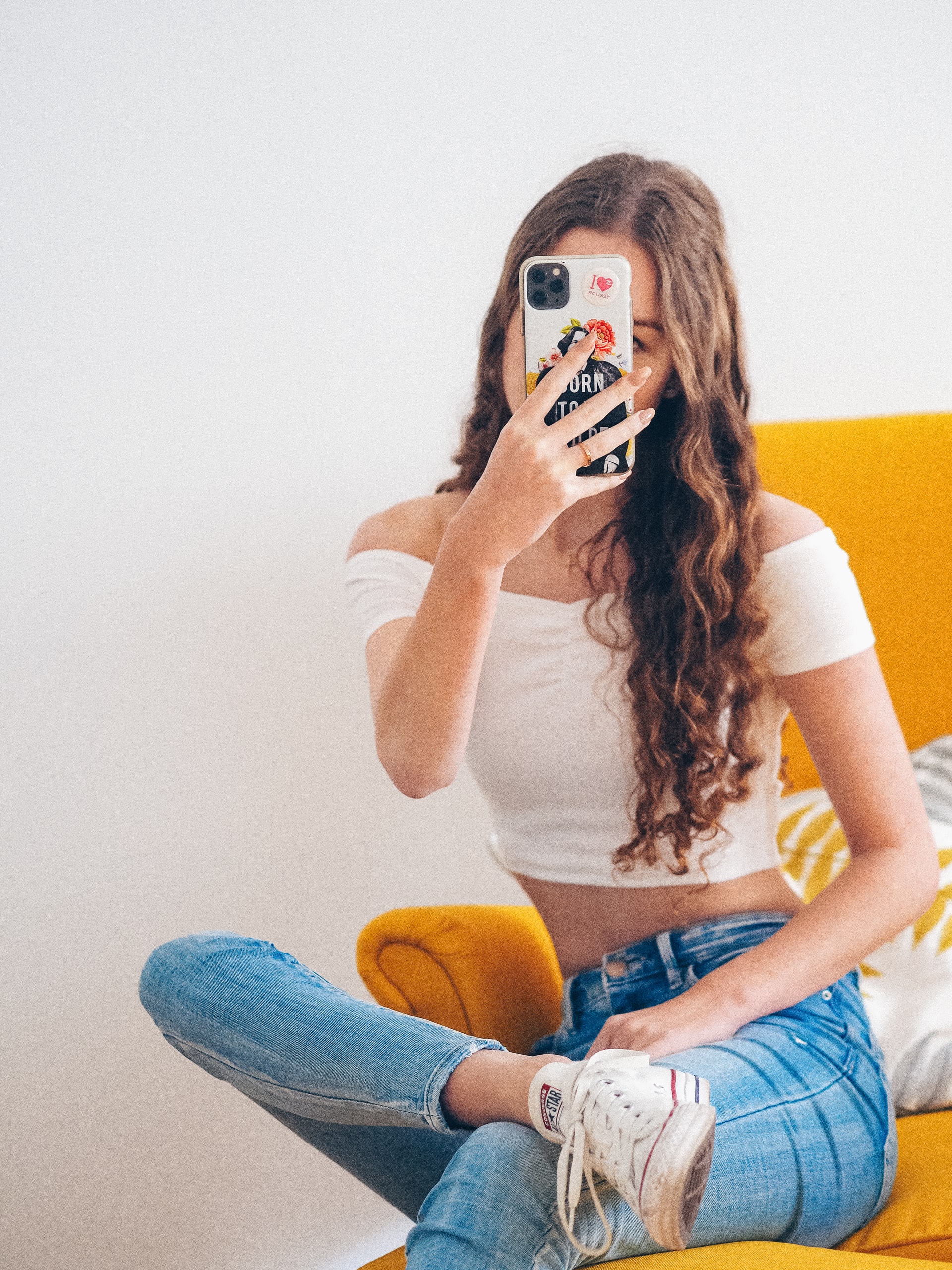 If you’ve been on TikTok, Instagram, and/or YouTube for the past two years, I’m sure you have come across a multitude of Gen Z influencers on your feed. The rise of the Gen Z influencers has taken the world by storm as they not only permeate the world of social media but also permeate billboards, commercials, platforms like Netflix and Hulu, as well as everyday ads on our phones. As a brand or fellow influencer in the space, you should become familiar with some of the most influential ones. I’ve gone ahead and made this simple by compiling a list of Gen Z TikTokers that should definitely be on your radar.

Charli D’Amelio is a TikTok star, dancer, and American social media personality. Her career as one of the top Gen Z influencers began back in 2019 when she decided to take to TikTok and post dance videos of her own choreography to trending TikTok songs, most notably her duet with TikTok user “move_with_joy” to the song “Lotter (Renegade)” by K Camp. By her seventh month on the platform she had already garnered 50 million followers, making her the first to accomplish this on the platform. Since then she has become one of the most successful young stars of our generation via her social media presence, sponsorship deals, YouTube, and merchandise sales. However, she continues to choreograph her own dances and make posts several times a day, from lip sync videos to vlogs to her dance videos.

Want to monetize virality like D'Amelio? Read more about how to go viral on TikTok here.

Today Charli has 137.9 million followers on Instagram, 2.5 million average likes, and an engagement rate of 1.86%. The majority of her audience is comprised of people who identify as female (65.49%) and her audience responds well to her stories. More specifically, her estimated reach on stories is 2.2 million and her estimated impressions are at 2.5 million.

This can be attributed to the fact that as one of the top Gen Z influencers she is very active on social media, posting on average three stories a day, most of which are selfies, posts of her outfits, dancing related content, and personal life updates.

It is also important to note that she shares a lot of audience members with Addison Rae, Dixie D’Amelio (her sister), and Noah Beck, all well known social media personalities. On TikTok, where it all began, the star has over 138.2 followers and over 10 billion likes. This widespread attention has brought many opportunities for her, such as the chance to star in her own Hulu docuseries called “The D’Amelio Show,” the chance to collaborate on a clothing line with the retail brand Hollister, and the opportunity to star in a Super Bowl commercial sponsored by Sabra Hummus, which aired during Super Bowl LIVE and took advantage of the "ok boomer" meme.

Additionally, Charli’s career has only been bolstered following her joining the Hype House in 2019, which she has since left behind, and after her relationship with famous TikTok star, Lil Huddy. By March 2020, Charli became the most followed person on TikTok.

Addison Rae is a dancer, singer, actress, and social media star best known for rising to fame on TikTok in 2019 after posting videos of her dancing with her mom, as well as videos of herself lip syncing and doing her own comedy skits, all of which blew up overnight. According to Forbes magazine, Rae accumulated $5 million from TikTok in 2020, and according to the website Nasa Academy, the TikTok sensation makes anywhere from $50,000 to $80,000 per TikTok post.

This success has allowed her to not only allow her to make content creation her full-time job but has also opened the door for her to dip her foot into other arenas such as acting. More specifically, she landed a role in Netflix’s He’s All That remake about an influencer who decides she'll give her unpopular classmate a makeover so he can be named prom king.

Addison Rae also has a great Instagram and YouTube presence, as well as her own podcast. Beginning with Instagram, Rae has 87.1 million followers on Instagram, 1.6 million average likes, and an engagement rate of 1.87%. The majority of her audience includes people who identify as female (61.97%). She is most popular among the following age groups: 18-24, 13-17, and 25-36, and the majority of her audience is within the United States. Finally, her most popular posts tend to be ones in which she is interacting with her mother, with other TikTok top Gen Z influencers, or dancing on her own.

Moving on to YouTube and her performance on the platform, she does an amazing job at keeping her audience engaged. For instance, prior to dropping her first single, “Obsessed,” she put out several clips on YouTube as teasers to get her audience excited and get people talking about what was to come, moves that definitely contributed to the fact that the music video for the single has over 23 million views. Also, the star has her own podcast with her mother, Sheri Easterling titled That Was Fun? dedicated to discussing family drama, relationships, fashion, music, and trying to figure out, “Was that actually fun?”

Since the inception of her career, Addison has managed to become nothing short of a multi faceted superstar. Not only has she found a way to excel on all these platforms, but she has also expanded into working with different brands on collaborations and has gone ahead to create her own clothing line.

Dixie D'Amelio is a singer, model, and social media personality known for her videos on TikTok. She is also Charli D’Amelio’s older sister. Unlike her sister, Dixie did not start out doing competitive dance. Rather, her interest has always been to join the music industry. She rose to stardom alongside her sister after posting a video of herself on TikTok.

Aside from dipping her toes in dancing and dedicating herself to her music, Dixie has also found her way into fashion. More specifically, the young star has made several red carpet appearances, has started her own clothing line called Social Tourist with Charli sold exclusively via Hollister, and has been invited to fashion shows worldwide. Since she began, she has not only become the face of Puma’s Kosmo Rider sneaker but has also released several of her own songs, such as “Psycho,” “Be Happy,” and “One Whole Day,” among others which have earned over 500 million streams.

In an interview with Vogue, she opened up about her collaboration with Puma saying, “I've loved Puma for a very long time. And I'm really into sneakers and just wearing them all the time with any outfit I possibly can. And just every part of the collab has been so perfect. And everyone's been so kind. Just the second I met with them, I knew I wanted to have the partnership with them because I have been a fan for a very long time. I'm just so excited to be working with Puma and they just use their brand so well, and the female brand ambassadors celebrate women so well and inspire other women. I just love that so much. I think that's really what draws me to the brand so much because it's so, so much about celebrating women. I'm just super excited to talk about it.”

In addition, Dixie and her sister have teamed up with the well-known beauty brand Morphe to assist in launching Morphe 2, a sub-brand that’s all about keeping make-up light and easy to wear. This collaboration includes a tint that comes in 20 different shades, a face and eye gloss, lip oils, and jelly eye shimmers.

Today Dixie has 57.1 million followers on Instagram, 832K average likes, and an engagement rate of 1.46%. The majority of her audience is also comprised of people who identify as female (65.43%) and her audience responds well to her posts on social media. Her estimated reach on stories is 1.2 million and her estimated impressions are at 1.3 million.

Overall, Dixie D’Amelio has successfully made a name for herself outside of her sister Charli. It is clear that she is a force to be reckoned with not only on TikTok but in other social spheres, too.

Loren Gray is a model, singer, and social media personality. At the young age of 18, she started building her career on TikTok and has now become one of the most influential social media stars in the world. She started on Musical.ly by posting videos of herself dancing and singing, some of which made it onto the app's explore page, which propelled her into the public eye when they went viral. Since then she has transitioned to using TikTok as her main platform and has moved to LA in pursuit of a career as a singer and influencer.

Similar to other Gen Z influencers, she used her social media fame as an entry point into the music industry. According to an article published by MTV, Gray’s 2018 debut single, “My Story,” was a hit amongst fans, reaching No. 1 on the Spotify Global Viral Chart, while another song of hers “Queen” has garnered over 28 million streams on Spotify. She currently has over 4.7 million followers on TikTok and has moved her presence onto Instagram as well. Gray has 54.3 million followers on Instagram, 559K average likes, and an engagement rate of 1.03%. The majority of her audience is comprised of people who identify as female (77.01%) and her audience responds generously to her stories as well.

JoJo Siwa is a dancer, singer, TikTok star, and YouTuber. Her career began a while ago, back when she was on two seasons of the TV show Dance Moms with her mother, Jessalynn Siwa. She is best known for her singles "Boomerang" and "Kid in a Candy Store,” and for posting daily vlogs on her YouTube channel, Its JoJo Siwa, as well as posting videos on TikTok.

My cousin got me a new shirt pic.twitter.com/DuHhgRto7b