These top kid YouTubers have amassed incredible followings and are among the most successful shows on all of YouTube. 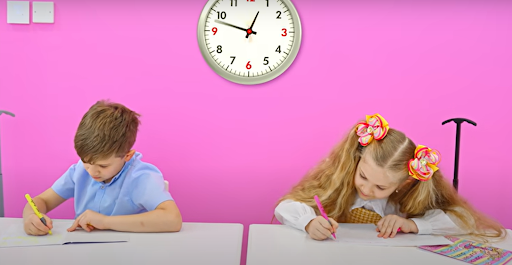 What do Valentine’s Day, elephant trunks, and one of the greatest soccer players in history have in common? That’s right, YouTube. If that took you a minute to think about, then you weren’t alone. Like many things during the advancement of the information age we find ourselves in, no one could have guessed how big YouTube would be today. Each one of those seemingly random topics I mention played a role in the history of YouTube, the second most visited website in the world (behind only Google). It is impossible to deny giving a little of our time to the vast array of content on the platform. Ranging from the top gaming tutorials, top music videos, top how-to topics, and most certainly to the top kid YouTubers.

With viewers watching billions of videos on YouTube every day, we can only imagine the power influencers have on this site. Consumers are becoming increasingly more open about their desire for advice, products, and entertainment should come from more personal and relatable sources as opposed to from ads placed in front of them that have no personality or connectivity at all. And what is more relatable or innocent than the top kid YouTubers we are going to look at today.

You can read more about influencers and relatability by checking out this blog.

Based in the U.S., this show features Diana, a super cute and loveable girl from a Ukrainian-American family. Her brother, Roma, also appears often. They show everything from unboxing gifts, dress-up parties, life lessons, and new experiences through the lens of a young girl. By going along with Diana on her make-believe adventures, children can learn to use their imagination and will be quite entertained along the way. Less “educational” and more about living life, Kids Diana Show lands easily within the top kid YouTubers.

Anastasia, or Nastya as she commonly goes by, is an extremely likeable personality who leads viewers on simple, yet valuable, lessons. High in educational value, topics discussed include things such as light math, creating a to-do list, tying your shoes, and many other items. She was diagnosed with cerebral palsy at a very young age. Her channel, Like Nastya, really started with her parents documenting the journey following the diagnosis and drawing in a large audience. Through the help of some characters that have been placed in these videos (like a scarecrow and her cats), Nastya is adept at taking the viewers down an entertaining path filled with songs, animals, simple academics, and friendships.

The sibling pair Vlad and Niki are top kid YouTubers with an educational and fun channel. Along with their mother and (at times) younger brother Chris, they explore many areas that the average elementary-aged child will encounter. The goal of this channel is to be a little more silly and old-fashioned in how it communicates. Vlad and Niki are great at this and engage in a wholesome way while learning such topics as sharing, friendship, and listening to rules. They are very inquisitive children and can help a lot with teaching topics along the lines of why and how to eat healthily or when to ask for help.

Formerly “Ryan’s Toy Reviews”, the core of this show is Ryan Kaji unboxing and reacting to new toys. Since rebranding and expanding, Ryan’s World has a much wider range of content. The videos of Ryan unboxing and reviewing new toys have been so popular that he now has his own toy line as well. Whatever toys Ryan gives a positive reaction to, sales skyrocket, making him a very appealing partner for companies in this space.

In addition to toy reactions, Ryan’s World also features vlogs of family vacations, science projects, kid-sized vehicles, and children’s museum reactions. Not only his YouTube channel statistics but also reports of his earnings cement Ryan as one of the top kid YouTubers.

The English siblings Gaby and Alex are very similar to Ryan Kaji in that the show began with videos of them unboxing toys and sharing their reactions. It has since grown into a full set of activities including cooking with their mother, washing their hands, and doing other various projects around their home. Self-branded as the “the most family friendliest kids channel”, Gaby and Alex are portrayed in a world with lots of music, color, and non-stop movement.

There is some educational value, as they do science projects and learn healthy habits from time to time, however, the most popular videos feature the pair singing and performing songs in everyday situations like bath time and beach play.

With no shortage of content on YouTube geared towards children's audiences, these top kid YouTubers offer among the highest levels of entertainment. They are smart, funny, and most of all relatable. Each channel has an enormous amount of involvement from the parents of course, and you can see that in the production value they offer through editing with lots of music and elevated camerawork.

A platform that was founded on Valentine's Day, featured a short comment about elephant trunks in its first video, and grew to have a video of a soccer player be the first to get to a million views, is now home to the top kid YouTubers. These child influencers have amassed incredible followings and are among the most successful shows on all of YouTube.