The world of male fitness influencers on Instagram is huge! This list shares some highlights that we think deserve attention. 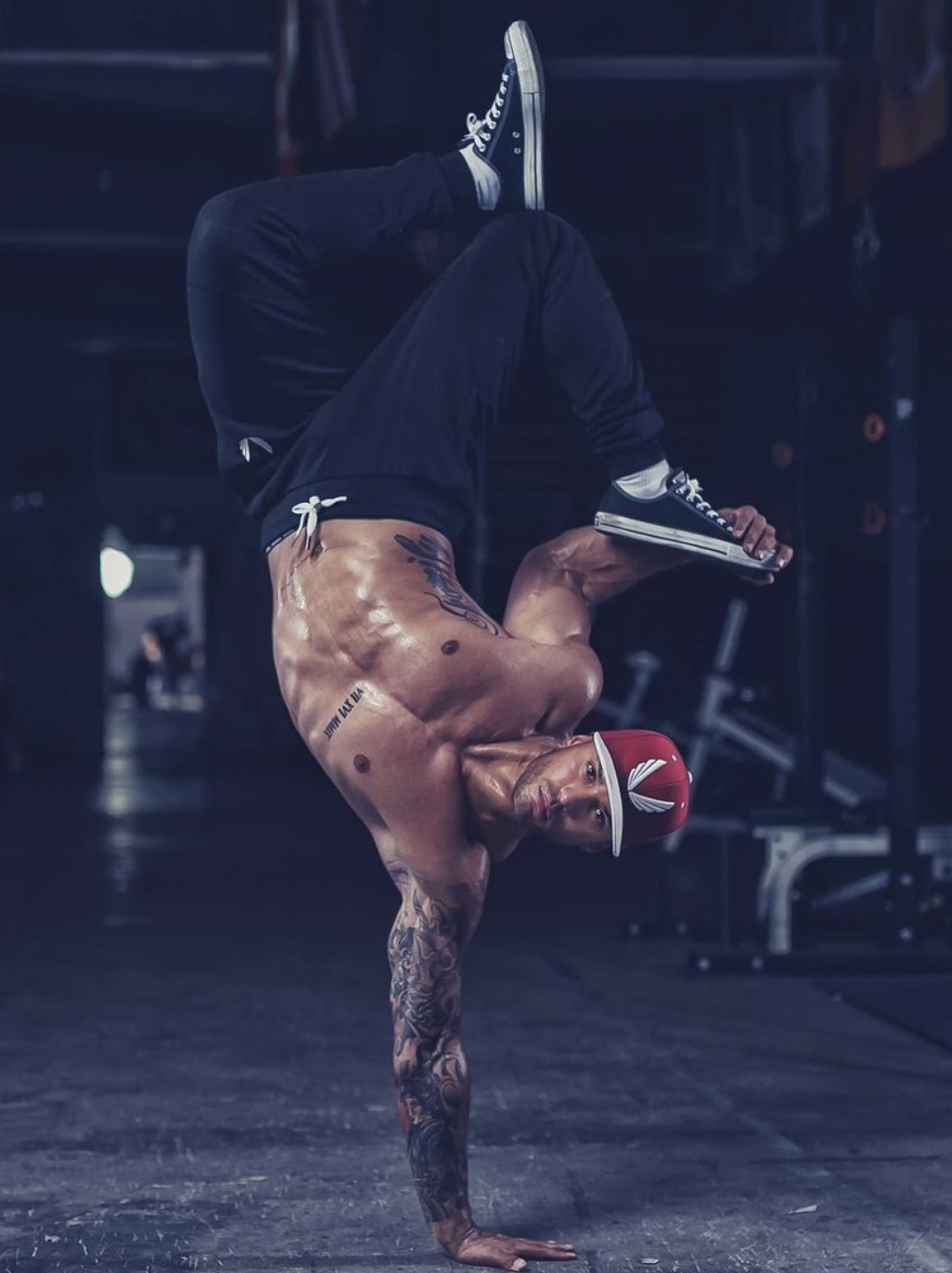 Everyone has found themselves trying to work out and improve their individual fitness level during their lives at some point. And everyone has also hit some bumps along their road to these fitness goals. The next step in each person’s fitness journey then becomes, “how do I handle the challenges?” When faced with choosing between sticking to a workout plan, changing things up, lightening the intensity, or whatever that choice may be, someone to provide motivation is a must; and we have put together a list of just that! These are some of the top male fitness influencers on Instagram.

Everything from bodybuilding to nutrition is represented here, and learning about each of these male fitness influencers on Instagram has given us an appetite for grabbing a protein shake and lacing up ourselves.

Simeon Panda is a world-renowned fitness artist, competing all over the globe and even achieving the rare Musclemania Pro status by winning the European Championships in 2013. Currently, he resides in Great Britain but has many times stated that he desires to move to the United States and try his hand at acting. His Instagram following is very loyal and gets multiple posts a day from him. These are typically centered around his workouts, but he also sprinkles in home life and family time, though those two things have lots of overlap. He and Chanel Brown, a fellow fitness obsessive, regularly train together, and she is featured heavily on his Instagram.

One of the youngest on this list of the top male fitness influencers on Instagram, Seid is also one of the youngest athletes to ever compete in the Mr. Olympia competition and the youngest IFBB champion in history. He began lifting weights and training at 11 years old. His Instagram account is heavily focused on his modeling, while also bringing lots of engagement from the fitness community. He comes from the Pacific Northwest and wrote the book “Guide to Aesthetics” where he tells his story of growing up in a private school, overcoming many injuries, and becoming the influencer and entrepreneur he is today. Owning a clothing company, SeidWear, and interacting regularly with his followers, Seid has been an enormous inspiration to athletes everywhere.

Best known for founding Athlean-X and for being the head physical therapist for the New York Mets, Cavaliere is highly educated and sought after in the field of fitness and sports. He holds a master's degree from the University of Connecticut and has been dubbed “The Brains Behind the Brawn” due to his extremely scientific approach to fitness and injury prevention. His writings have been published in many fitness and sports journals, and his book Major League Insider Training Manual is considered by many to be the authority in sports fitness. On his Instagram account, Cavaliere is found regularly sharing his ideas and motivation with the masses through short how-to and tips videos.

Laid was diagnosed with scoliosis after moving to the United States with his mother from Estonia. This is what prompted Laid to start weight lifting after being advised by a doctor that this would help with his condition. This changed his life completely and is the focus of the story that he shares with his following. Now he has a passion for fitness and has become the face of many brands, sharing testimonials and videos documenting his transformation from a small child dealing with bullying to a now fit and successful influencer.

Based in California, Vazquez has a skill we haven’t yet talked about with any of the other top male fitness influencers on Instagram from this list: breakdancing! These skills can be seen featured on his Instagram account, and he can also be found using breakdancing a lot in his training programs. Vazquez shares at many points in his story that he fell down a slippery slope of laziness and alcohol before turning his life around and becoming passionate about fitness. As he shares, a lack of a father figure and a desire to be a better father for his son developed his motivation and confidence now. His focus is on a well-rounded routine. He doesn’t leave weight lifting out, but emphasizes the importance of an active lifestyle, nutrition, and mental health as well.

The final top male fitness influencer on Instagram for our list is a four-time honoree of the title “Fittest Man on Earth”. Finishing first as an individual in the CrossFit Games in 2011, 2012, 2012, and 2014 would be crazy enough, but on top of that, he also took a team to a first-place finish in 2015, 2016, 2018, 2019, and 2021. Phew. That is an impressive resume. This CrossFit superstar has made a living on this path and now has his own line of gym equipment and gym wear as well as a book under his belt. His book called First: What It Takes to Win discusses his formula for success, where he largely credits his spiritual passions, intense workouts, and his famously flexible diet.

The world of male fitness influencers on Instagram is huge! And there are so many more to explore. This list shares some highlights that we think deserve attention.