The top vegan influencers on Instagram are not only creating great food, but also making safe spaces for foodies everywhere. 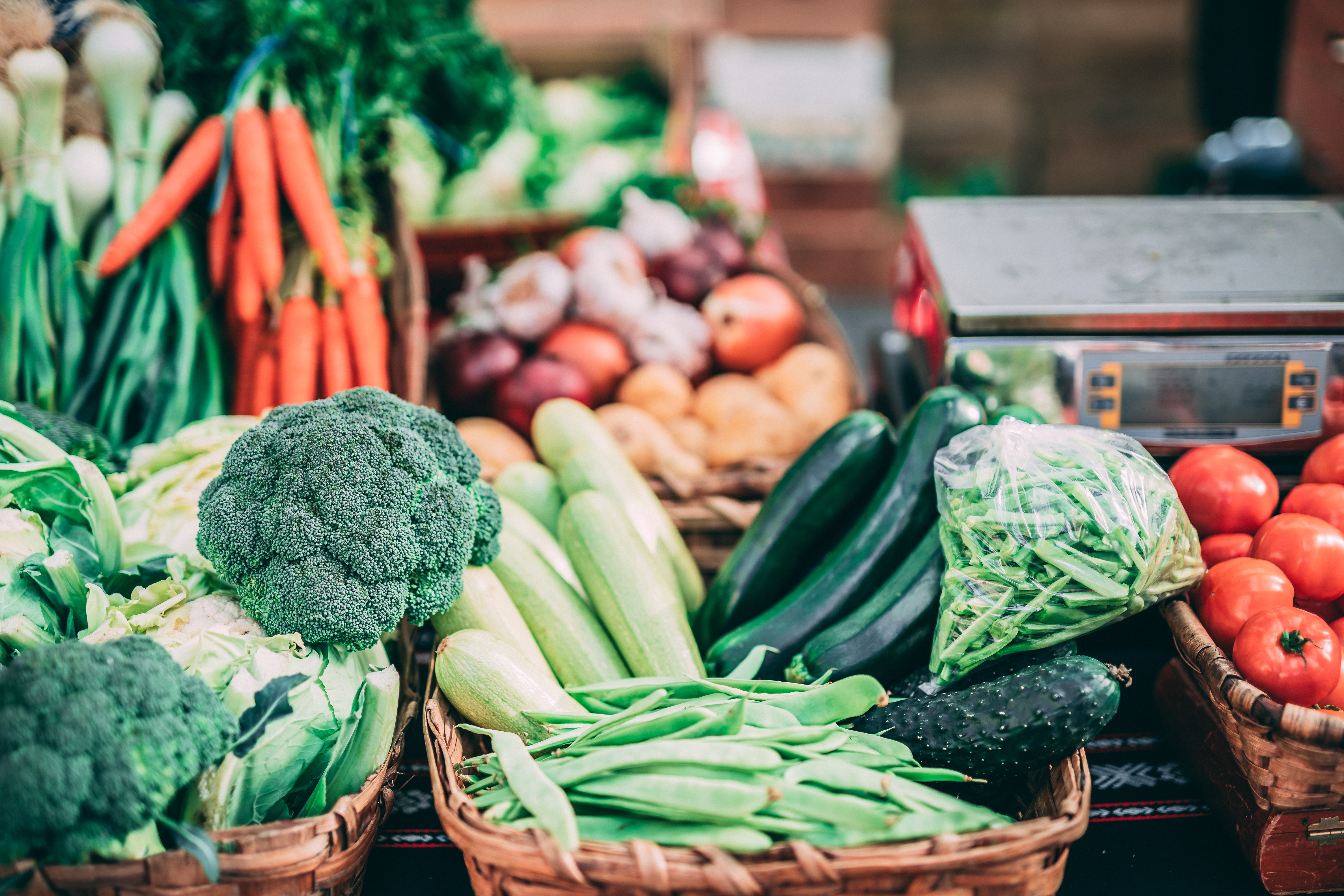 One of the things people have taken to during the pandemic has been cooking. Consequently, they have turned to creators on social media as guides throughout their respective journeys in the kitchen. These creators have become safe places for people who either know how to cook and need new ideas, or don’t know how to cook but are certainly interested in starting. Below, I’ve put together a list of top vegan influencers on Instagram that should absolutely be on everyone’s radars if they aren’t already.

Remy Morimoto Park is one of the many top vegan influencers on Instagram, as well as a blogger, recipe developer, health and wellness writer, food photographer/blogger, and lover of cats and kombucha, according to her blog. She decided to become vegan in college after eating only vegan food for about a week and noticing significant positive changes in her chronic stomach issues that developed as a result of her eating disorder.

Park is known for developing vegan and gluten free recipes with a focus on whole food, plant-based ingredients, and the healing power of plants. The majority of her recipes are also free of refined sugar and made without added oils. Since she began her vegan lifestyle, she and her recipes have been featured by ABC News, NBC News, News12, Whole Foods Market, and Thoughtfully Magazine.

She has since accumulated 191K followers, an average of 3K average likes, and a 2.05% engagement rate on Instagram. The most popular topics on her page are holiday recipes, easy recipes, food reels, ASMR food, vegan recipes, plant-based recipes, summer recipes, and matcha.

The majority of her followers identify as female (89.26%), and the age groups she attracts the most are women from 18 to 34. She does excellent on stories with an estimated reach of 11K, 13K estimated impressions, and an average of 3 stories per day. Park is a great person to follow if you’re looking to improve your relationship with food as a source of healing.

Jenné Claiborne is a vegan chef, YouTuber, and blogger who is originally from Georgia and is now based in Los Angeles. She learned how to cook from her Nana with whom she grew up cooking in the kitchen for hours. However, she was not always vegan, rather she says she grew up eating junk food like pop tarts, store-bought cookies, kool-aid, and Chick-fil-a.

However, her choice to become vegan was fueled by the idea that it is wrong to exploit animals for their meat and reproductive processes, all of which became apparent to her when she became a college student. Today she dedicates herself to sharing easy vegan recipes, cooking videos, and healthy eating tips on her blog Sweet Potato Soul.

As one of the many top vegan influencers on Instagram, she has since accumulated 384K followers, an average of 2K likes, and a 0.64% engagement rate on Instagram. The most popular topics on her page are plant-based lifestyle, world vegan day, thanksgiving food, vegan living, eat plants, eat more plants, plant based living, plant powered, vegan Christmas, and vegan af. The majority of her followers identify as female (90.42%), and the age groups she attracts the most are women from 18 to 34.

Lastly, she performs well on Stories with an estimated reach of 23K, 26K estimated impressions, and an average of 3 stories per day. Claiborne is the perfect follow for anyone looking to dip their toes into the vegan lifestyle and/or looking for new recipes to try in general.

Tabitha Brown is a vegan influencer who went viral on TikTok after people took a liking to the comfort they got out of watching her cook and her words of positivity. She has become popular for dismantling the idea that vegan food is flavorless, more specifically vegan soul food. Her channel focuses on instructional food videos for children, home recipe videos, and funny lifestyle videos.

She first went viral after recording herself reviewing a vegan sandwich from Whole Foods while on her lunch break as an Uber Driver. Brown has come a long way since then, and today she is a New York Times #1 Best Seller for her book titled Feeding the Soul (Because It’s My Business): Finding Our Way to Joy, Love, and Freedom. She's also been dubbed “America’s Mom,” has been cast in the Showtime show Chi, and has been invited on talk shows like Ellen and The Drew Barrymore Show.

She has since accumulated 4 million followers, an average of 37K average likes, and a 0.94% engagement rate on Instagram. The most popular topics on her page are vegan journey, super soul Sunday, Oprah magazine, Veganish, black chefs, use your gifts, black vegan, own network, and black vegans. The majority of her followers identify as female (86.89%), and the age groups she attracts the most are women from 18 to 34.

Her Stories stats show an estimated reach of 194K, 219K estimated impressions, and an average of 3 stories per day. Tabitha is someone you should be keeping up with if you’re also a busy person tired of compromising your own diet.

Nisha Vora is a vegan influencer, YouTuber, blogger, and cookbook author who turned vegan in 2016 after binge watching 10 documentaries on factory farming over the course of three nights. She started cooking professionally after quitting her job to backpack around the world with her partner for six months.

Her social media channels are dedicated to sharing plant-based recipes that can be put to use for weeknight dinners, date nights, holiday meals, etc. Additionally, her work has been featured in publications such as CNN, BuzzFeed, Forbes, Glamour, Women’s Health, Elle, Well + Good, Food 52, Veg News Magazine, Refinery 29, and she has collaborated with brands such as Instagram, by CHLOE, Pure Wow, Country Crock, and So Delicious.

She has since accumulated 665K followers, an average of 25K average likes, and a 3.88% engagement rate on Instagram. The most popular topics on her page are plant-based recipes, easy recipes, fall recipes, vegan inspiration, vegan meals, recipe videos, vegan dessert, vegan treats, vegan cooking, gluten free recipes, and recipe share. The majority of her followers identify as female (85.65%), and the age groups she attracts the most are women from 18 to 34.

Her performance on Stories shows an estimated reach of 31K, 35K estimated impressions, and an average of 3 stories per day. Vora is worth following if you’re looking for vegan food that is full of flavor and nutrients.

Gaz Oakley is a vegan influencer on Instagram and YouTube, a chef, gardener, and author. After a five year sabbatical from working in the restaurant industry, Oakley got into weight training and started paying more attention to his diet. In doing so, he started avoiding meat and dairy, slowly but surely becoming vegan.

Oakley is known for experimenting not only in the kitchen but also in the garden and coming up with new and interesting ways to make the best of the ingredients at his disposal in order to make delicious vegan dishes. Since he began his transition into veganism, he has launched his brand Avant-Garde Vegan by Gaz Oakley, and he has become a published author of his cookbooks Vegan 100, Vegan Christmas, and his most recent book Plants Only Kitchen, which was released in 2020.

He has since accumulated 1.4 million subscribers, an average of 8K average likes, and a 0.59% engagement rate on Instagram. The most popular topics on his page are plant-based diet, vegetarian, vegan cheese, vegan jam, vegan recipes, what vegans eat, vegan cooking, vegan vlog, plant-based, and vegan lifestyle. His audience lookalikes are @undefined and @SweetPotatoSoul. The majority of his followers identify as female (63.58%), and the age groups he attracts the most are women from 18 to 34. If you’re looking for a creator who is equal parts talented in the garden and in the kitchen, Oakley’s your guy.