If you're looking for travel influencers on YouTube, check out our list of families, solo travelers, and travelling duos. 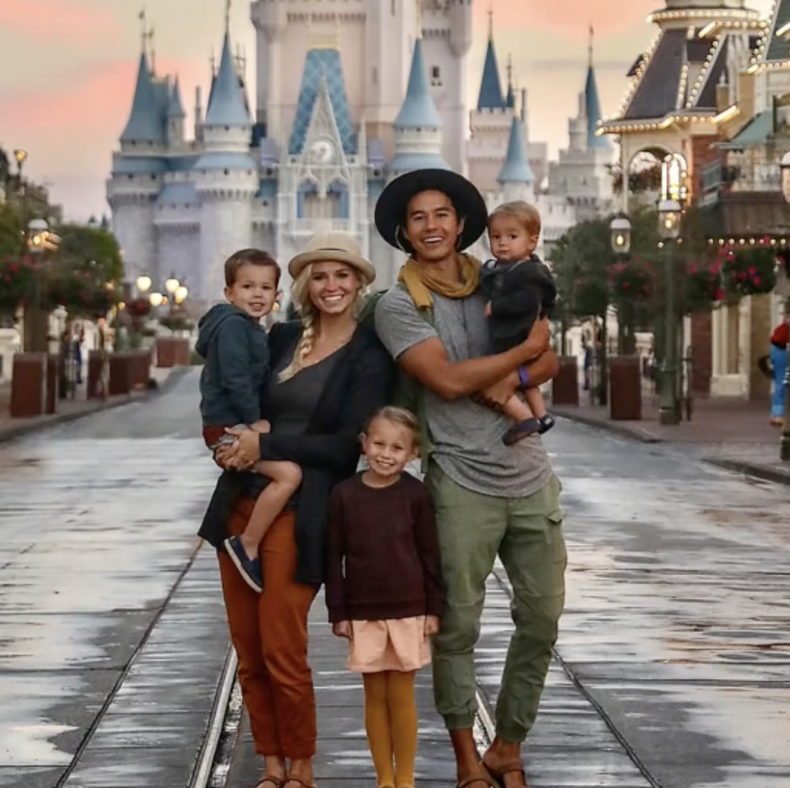 The World Tourist Organization (UNWTO) announced that international tourism has almost tripled in the first seven months of 2022 compared to travel levels in 2021. Now that the travel industry has bounced back to 57% of pre-pandemic levels, people are craving the thrill of travel again. If you’re a frequent YouTube user and you love to travel – or really wish you could travel – read ahead to check out our list of top travel influencers on YouTube.

1. Gone with the Wynns

First on our list of travel influencers on YouTube are Nikki and Jason Wynn. After this wonderful couple traded their RV in for a sailboat, with no prior sailing experience, they decided to explore the world’s crisp waters. Their videos are aesthetically pleasing with their use of dynamic shots, colorful lighting, and fluid movements. The Wynns prove to travel fanatics that you live a fulfilling and fun eco-life without using lots of energy.

The Wynns’ most popular video was uploaded on August 15th, 2020 – during the worst of the COVID-19 pandemic. The couple connected with a sailor named Mark and how he continued his sailing journey after being diagnosed with lung cancer with a maximum life expectancy of six months. Mark’s hopeful soul inspired the couple and proved to their audience that you can still live out your dreams even when the future looks bleak and uncertain; this was a perfect message for everyone struggling with the pandemic. This video was viewed more than 1.9 million times and received over 48k likes and 3.7k comments.

Currently, at 524k subscribers, the Wynns have an impressive 2.06% engagement rate! The Wynns have seen an increase in followers for several months now. Over 77% of their audience is male while the remaining 22.4% are female, but the age demographics are equally spread across their adult audience (ages 18 and 64). An astonishing 90.46% of their audience speaks English, and this explains why most of their audience live in English-speaking countries like the United States (59.44%), Canada (5.98%), and Britain (5.51%).

Interested in discovering environmentally friendly influencers? Check out this Tensor blog for our list of green influencers here.

Next on our list of travel influencers on YouTube is Paola Merrill, the Cottage Fairy. Merrill joined the YouTube vlogging community at the start of the COVID-19 pandemic and since has expressed her love for fairies and living a simplistic life. Merrill abandoned her city life to live in nature’s comfort (and peace) as a writer and artist. Merrill stresses the importance of living your best life and taking care of yourself, especially if you plan to live in rural areas.

Merrill’s most popular video was uploaded in August 2020. Coupled with the peaceful scenery, cooking shots, drawing highlights, and calming music, Merrill talks about what she learned from living in a small cottage away from the bustling city. Merrill states that what makes life meaningful is to discover what makes us happy whether it be changing environments or finding enjoyment in life’s simplest and smallest moments. She believes that magic is everywhere if you know where to find it and how changing your perspective can benefit your life. Her video received over 2 million views, 167k likes, and almost 5k comments.

Eva Zu Beck is on our list of travel influencers on YouTube for her daring charisma and crazy adventures around the globe. Beck originally joined YouTube back in 2013 as a Polish traveler and has since updated the world on her action-packed adventures in the most remote (and dangerous) areas. Her videos are in the style of vlogs as she takes her audience (literally) along for the ride in her truck.

Beck’s most viral upload was posted a while back in December 2019. The main focus of her video is to expose her audience to life in Oman, a country situated within Southwest Asia in the Arabian Peninsula. She films her stay with a Bedouin family in the Wahiba Sands while educating the audience about the harsh climate in one of the hottest places to live. Her video was viewed over 5 million times and accumulated 123k likes and 9.3k comments.

Love the great outdoors and the excitement of hiking? Check out our top hiking influencers on TikTok list at this Tensor blog.

We have another traveling couple on our travel influencers on YouTube list, and it’s Elayna and Riley! This Australian couple spreads ocean awareness through their alternative living options and desire to travel the world entirely by boat. Similar to the Wynns, the couple had no experience in sailing, but they decided to take a plunge into what life on the seas has to offer. The couple also bring their children along for many of their adventures.

Vagabonde’s most popular upload was posted in pre-pandemic times back in June 2019. The video focuses on how the couple gathers drinking water and fish, stores fresh food, generates electricity through solar panels, and more that everyone needs to know before setting sail. The couple’s baby frequently appears in the video to let the audience know that they have to manage family relations on board. This educational video received over 2 million views, 96.4k likes, and almost 3k comments.

This traveling family has over 1.8 subscribers and a respectable 1.20% engagement rate. Their audience has a relatively balanced gender split with 64.01% male viewers and 35.99% female. While a massive chunk of their male audience is between the ages of 24 and 25, most of Vagabonde’s female viewers are 18 to 24. A majority of their audience lives in the United States (37.50%), Australia (9.15%), and Britain (8.69%). Over 86% of their fan primarily speak English.

And finally, our last channel on the travel influencers on YouTube list is The Bucket List Family, another influential, traveling family. This family predominantly posts vlog-style content about their global travels while also educating their audience about how to properly travel with young children. Lots of videos consist of exciting adventures with sea creatures, plunges into exotic – and sometimes cold – waters, the beauty of African wildlife, and ziplining fun.

The families’ most famous video was uploaded in April 2018. In their video, the family spends a week in a bungalow with the plan to journey out to the Great Blue Hole tourist attraction in Belize, on the Caribbean coast of Central America. Their children, Dorothy, Manilla, and Cali experienced the beautiful blue waters in their diving adventures. The family also features shots of them underwater alongside the reefs. The video has almost 10 million views, 172k likes, and 7.3k comments, many of them admiring the courage each of the children has.

The Bucket List Family has a consistent 1.4 million subscribers with an average engagement rate of 0.29%. The family-friendly channel has a majority feminine audience of 73.66% identifying as female and 26.34% male. The channel attracts young viewers between the ages of 18 and 24 with over 41% of their female audience in this demographic alone. 38.07% of their audience is from the United States, but other fans live in countries like Britain (8.35%), the Philippines (8.35%), and Canada (5.12%). Likewise, over 78% of their audience speaks English.

Check out a list of amazing back-to-school influencers at this Tensor blog.